Monday marked the start of the Week of the Italian Language in the World, an international cultural event which occurs annually during the month of October. 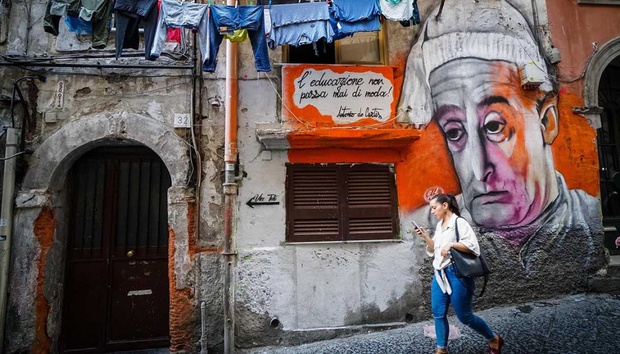 “Education never goes out of fashion.” A quote from the timeless Totò, aka Antonio De Curtis, in the Spanish Quarter, Naples. (Photo: ANSA) 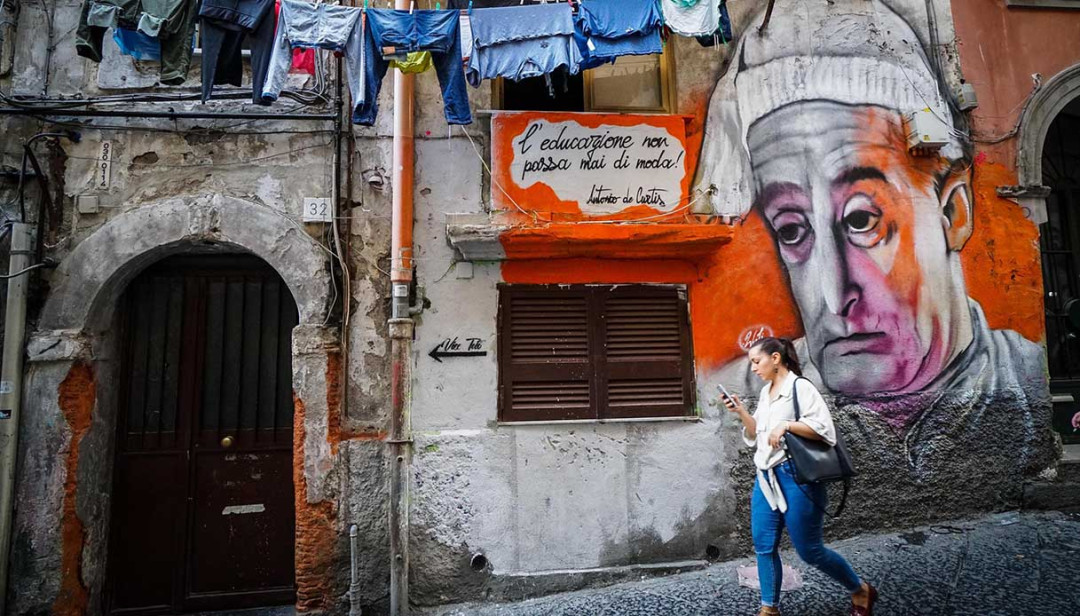 “Education never goes out of fashion.” A quote from the timeless Totò, aka Antonio De Curtis, in the Spanish Quarter, Naples. (Photo: ANSA)

The idea was initiated by the Accademia della Crusca, a linguistic academy founded in Florence in 1585 with the aim of maintaining the purity of the Italian language.

In association with the Italian Ministry of Foreign Affairs, the first Settimana della lingua italiana took place in 2001.

The initiative aims to promote the Italian language and culture worldwide.

The Week of the Italian Language in the World is organised under the patronage of the President of Italy, who each year invites all Italian organisations, institutions, consulates and university departments worldwide to celebrate the occasion with a special event.

Each year, the event is launched with a different theme highlighting an aspect of the Italian language.

During the week it will be possible to read in e-book format the volume specially created by the Accademia della Crusca on the theme of the event, in collaboration with the goWare publishing house and edited by Claudio Ciociola and Paolo d’Achille.

The Italian community in Brisbane kicked off this year’s celebrations early, with the awards ceremony for the Studitalia Prize 2020-2021.

On October 16, during a ceremony organised for a limited number of people and in compliance with the local rules on social distancing, the Ambassador of Italy to Australia, H.E. Francesca Tardioli, awarded the Studitalia Prize 2020-2021 to the best Year 12 students of Italian at Queensland schools.

At the end of the online selection process, consisting of both written and oral language tests, the committee selected seven winning students who received a voucher for a future field trip to Italy.

Tardioli expressed her congratulations to the young winners, participants, teachers, organising committee and the local authorities who have supported the project throughout its 26 years of life, highlighting Italy’s commitment to promoting Italian culture and the teaching of Italian in Australia and Queensland.

She invited the young winners to continue their studies of the Italian language and to write the very promising new pages of the collaboration between the two countries.

Today in Western Australia, the Italian Club in Fremantle will host a seminar on the relationship between language and image, moderated by Professor John Kinder of the University of Western Australia.

There will also be a presentation of the illustrated children’s book Arriverà la befana?, by Daniele Foti-Cuzzola and Daniela Pruiti Ciarello, and an exhibition of the award-winning comics at the 2020 Lucca Comics Festival.

On October 25, Club Abruzzo and Molise will celebrate the 100th anniversary of the birth of Italian actor Alberto Sordi, with a day full of fun thanks to a performance by the Dante Alighieri Society WA of some scenes taken from his films, a special lunch and the screening of the film Bello, onesto emigrato Australia sposerebbe compaesana illibata (in Italian with English subtitles).

The following day, Professor Gianluca Alimeni, Associate Lecturer of Italian at Macquarie University in Sydney, will present a speech on the artistic form of comics and its evolution.

The Italian community is South Australia will also celebrate the initiative with a series of events, including an interview with Italian cartoonist, Leo Ortolani, who will share how his masterpeices come alive.

Melbourne-based actor Mimmo Mangione is also scheduled to perform in Adelaide on October 23, with a production in collaboration with the University of South Australia.

The following day, Flinders University will screen a theatre production performed in Rome in 2019, followed by a webconference with the production’s writer, Renato Chiocca.

These events – and many more around the world – will celebrate the language and culture that have inspired hearts and minds for centuries.