From Italy to our own backyard, the names Ficarra and Picone are synonymous with comedy gold. 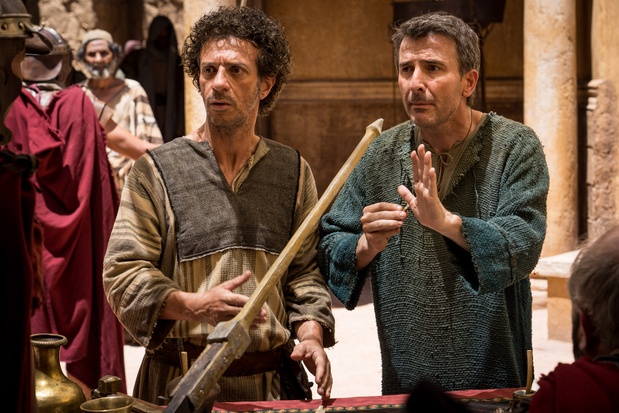 Salvatore Ficarra (left) and Valentino Picone in a scene of their new film, ‘Once Upon a Time...in Bethlehem’. (Photo supplied) 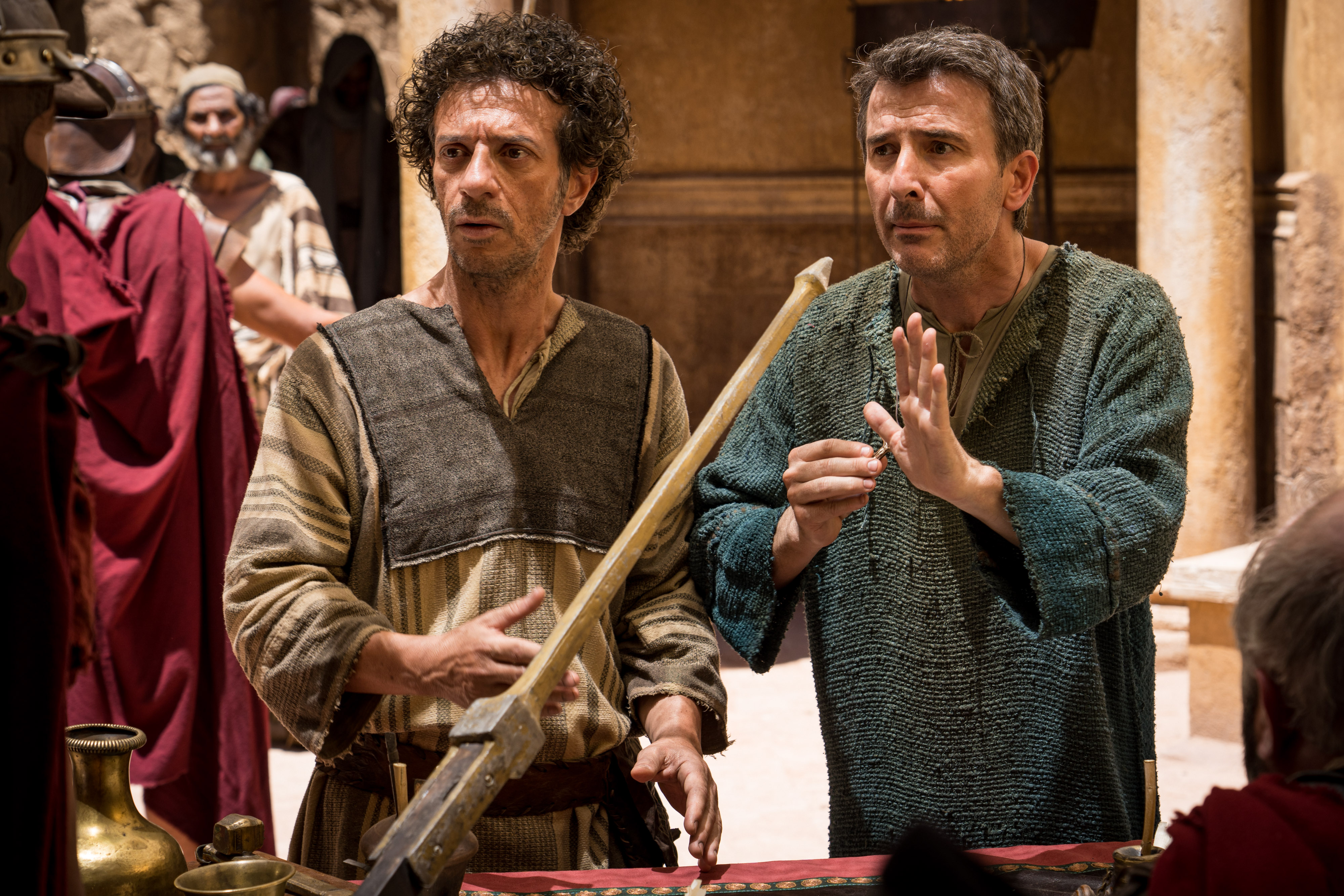 Salvatore Ficarra (left) and Valentino Picone in a scene of their new film, ‘Once Upon a Time...in Bethlehem’. (Photo supplied)

The Sicilian comic duo, who have worked their way into the hearts and televisions of Italians over the decades, are bringing their new film, Once Upon a Time...in Bethlehem (Il Primo Natale), to Australian audiences as part of this year’s Italian Film Festival.

Released in 2019, the film is a hilarious twist on the well-known story of the birth of Jesus, starring both directors in the lead roles.

Ficarra is Salvo, a convinced atheist from Palermo and a thief of religious art pieces, while Picone plays Father Valentino, a devout priest fascinated by the iconic power of the nativity scene.

Their two worlds collide on the eve of the Christmas holidays when, due to unknown magical forces, both find themselves transported across space and time to a real-life nativity scene: it’s Palestine in the year zero, just days before the birth of Jesus Christ.

Their fantastic journey together to a faraway world brings the pair to rediscover themselves and find courage in the face of great danger.

Ficarra and Picone are excited about the film’s Australian premiere and curious to see the country’s response to their latest labour of love, they said in an exclusive phone interview direct from their hometown of Palermo.

Once Upon a Time...in Bethlehem was a blockbuster in Italy, making over €15 million at the Italian box office within a month of its release and becoming the duo’s most successful film to date.

“We’re delighted that our desire to tell this story has reached the public,” Picone said.

“We hoped the film would be a success, but either way we were sure that we’d told the story from our hearts.”

Picone added that the film was born out of the pair’s mutual love for time travel.

“We’ve always been fascinated by journeys through time and we’ve played around with the concept of time in our previous films,” he explained.

“Almost always when you travel back through time, you learn something that you can then apply to the present.”

In this case, the biggest lesson to be learnt is to love your neighbour, a message integral to not only the Catholic faith, but many religions around the world.

“You can be a believer or a non-believer, but it’s nice to return to the sentiment, among the many that Jesus left behind, of ‘love thy neighbour’,” Ficarra said.

While the story is told through the eyes of “two idiots”, Ficarra added that the pair’s amusing journey is a tool to talk about the issues of that era, some of which are still relevant today.

The film explores the concept that we are all one, regardless of who we are or where we come from.

“Basically it’s a film about mankind as human beings, with no differences in colour, religion or language,” Picone said.

“This is a universal message; it’s the main message that the man who we celebrate every year on December 25 taught us.

“But it’s one we sometimes forget.”

One of the most impactful lines in the film, and Picone’s personal favourite, occurs during a poignant scene featuring Mary, the mother of Jesus.

When Salvo and Father Valentino ask for a miracle – that is, to be sent back home – Mary replies: “Real miracles are performed by men.”

“We always ask God for miracles but many of the miracles that we ask for, we can perhaps do ourselves,” Picone said.

“Especially when they concern the happiness of others.”

“We drew on our personal experience,” Picone said.

“Salvo was a professional thief up until a few years ago and I was an altar boy for a long time, so we thought we’d make the most of our skills.”

While Once Upon a Time...in Bethlehem was shot predominately in Morocco, most of Ficarra and Picone’s films are set against the backdrop of their beloved Sicily.

“We’re certainly proud of the place we were born; everyone has a special tie to their hometown,” Ficarra said.

“If you want to be baptised in history, then come here and you’ll find everyone, from the caves of primitive men, to traces of the ancient Romans, the Arabs and the Byzantines.

“They’ve all left something behind, in the island’s architecture, culture and cuisine.”

Sons of Sicily and a source of pride and joy for Italians at large, Ficarra and Picone have also become crowd favourites across Australia in previous editions of the Italian Film Festival.

We’re sure this year will be no different for the hilarious duo, and that their new flick will leave us with full hearts and sore bellies.

Once Upon a Time...in Bethlehem will be screening in various locations across Australia from September 30. For more information and tickets, visit the Italian Film Festival’s website.