The Italian city of Genoa on Monday paid tribute to the 43 victims who lost their lives during the collapse of the Morandi bridge in August 2018, and to the workers who rebuilt the new viaduct, which is now complete. 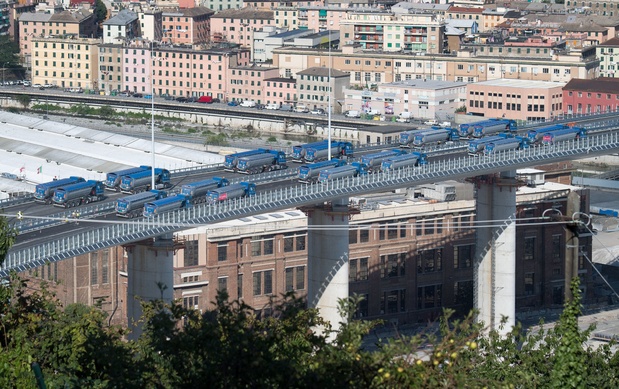 An aerial view of trucks driving over the new Genoa bridge as part of a static test to examine the robustness of the structure, on July 19, 2020. (Photo: AAP) 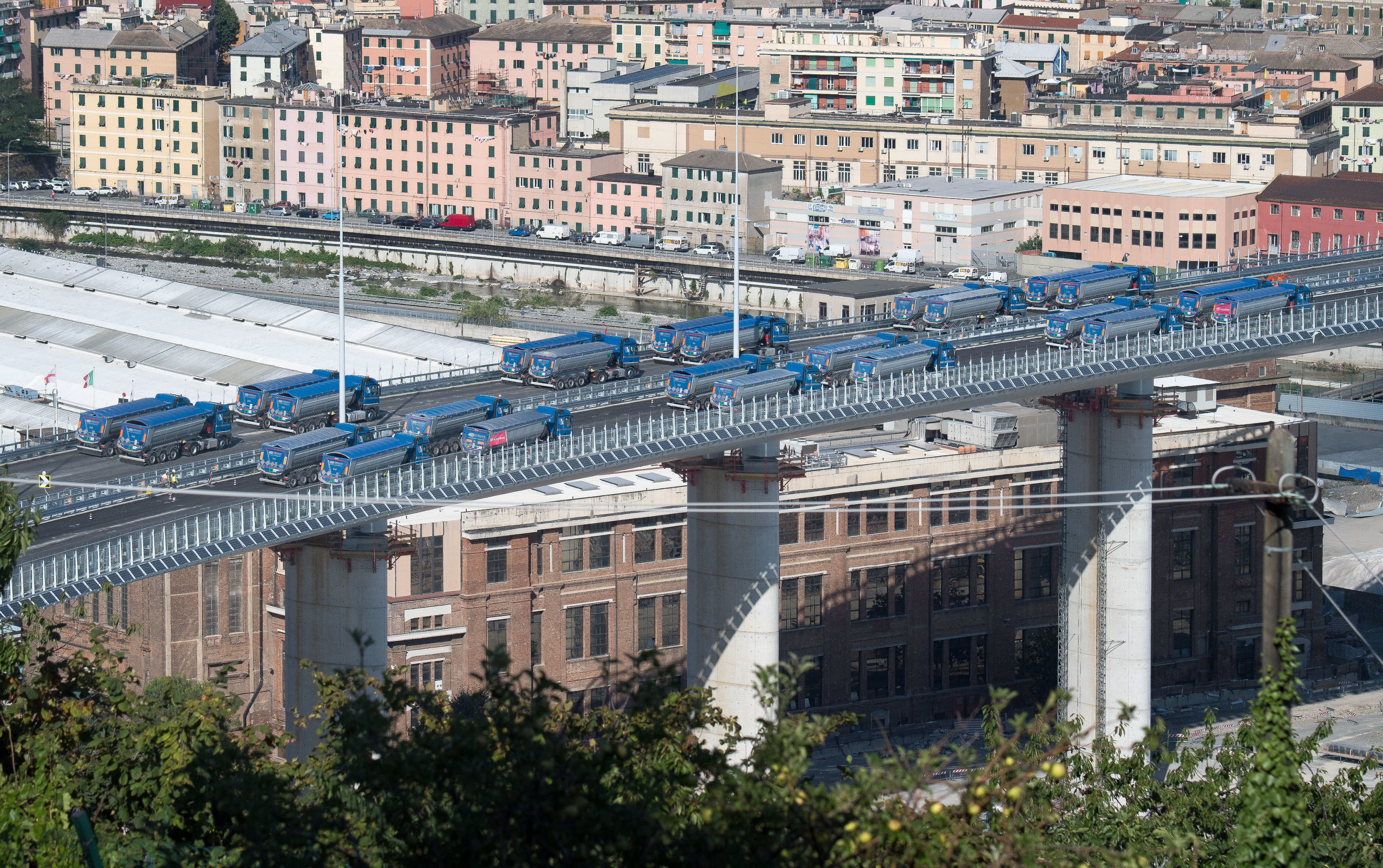 An aerial view of trucks driving over the new Genoa bridge as part of a static test to examine the robustness of the structure, on July 19, 2020. (Photo: AAP)

During the ceremony along the renamed Ponte Genoa San Giorgio, the Orchestra of the National Academy of Santa Cecilia, conducted by Antonio Pappano, performed a concert with music by great artists, such as Ludwig van Beethoven.

The notes of Beethoven’s Fifth Symphony celebrated not only the bridge and work of all the people who have contributed to the construction, but also the local government’s commitment and the know-how of the Webuild Group and Fincantieri, which have collectively transformed the Genoa construction site into a national model for the future of Italian infrastructure.

One thousand people and 330 companies from all over Italy worked to build the new bridge in record time.

Their group effort has resulted in an important achievement: from pouring the first batch of concrete to the wrapping up the finishing touches, they have completed the new bridge in just over a year.

The event was attended by architect Renzo Piano, responsible for the project, regional and local authorities, such as Governor Giovanni Toti, Mayor Marco Bucci, Archbishop Mario Tasca, Cardinal Angelo Bagnasco and representatives of Webuild and Fincantieri, who led the construction of the new structure.

The concert was also broadcast on Italian state broadcaster RAI3, during prime time.

“This concert will have the honour of celebrating this bridge, built by Webuild and Fincantieri, in record time, but at the same time to pay tribute to the people who lost their lives with the collapse of Morandi,” Pappano said ahead of the event.

“It will be a very emotional event. In the name of art and Beethoven.”

The official inauguration of the structure will take place on August 3 and will be attended by Italian President Sergio Mattarella.

Before the ceremony, he will meet with the victims’ relatives.