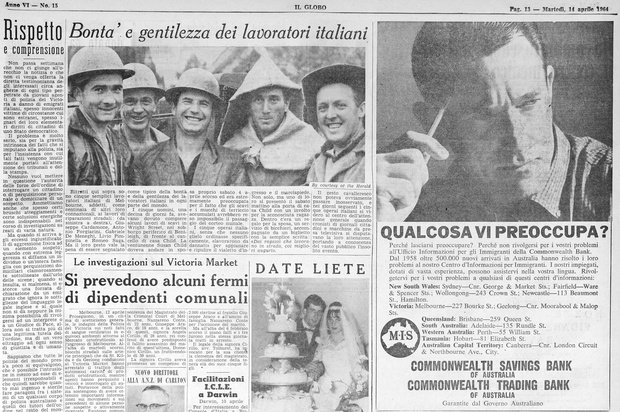 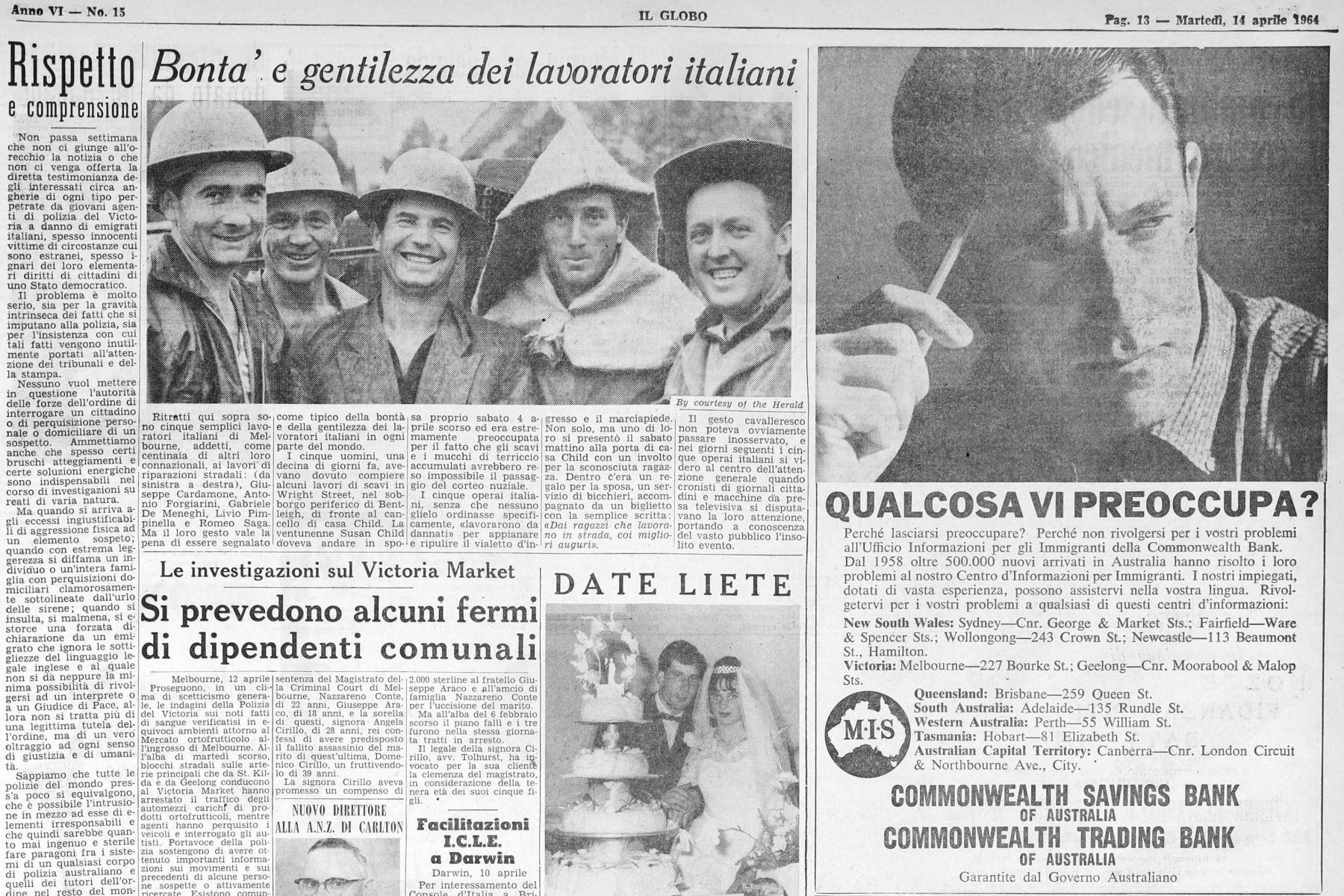 The men are pictured in the above photo (left to right): Giuseppe Cardamone, Antonio Forgiarini, Gabriele De Meneghi, Livio Pimpinella and Romeo Saga.

Earlier this month, the five Italians were completing excavation works in Wright Street, in the suburb of Bentleigh, outside the Child family’s house.

Susan Child, 21, was set to get married on Saturday, April 4, and was concerned that the works and resulting piles of dirt would block the path of the wedding procession.

The five men took it upon themselves to “work like crazy” to smooth out and clean up the driveway and footpath.

Furthermore, one of the men turned up to the Child household on the day of the wedding with a parcel for the bride-to-be.

Inside there was glassware and a card which read:

“Best wishes, from the guys who work on the street.”

News of the chivalrous gesture spread quickly and the story was covered by both print and television media outlets.

This story appeared in the Tuesday April 14, 1964 edition of Il Globo.