Five of Italy’s most colourful destinations

From vibrant coastal towns, to villages so enchanting they don’t seem real, Italy is home to many destinations that will brighten anyone’s day. 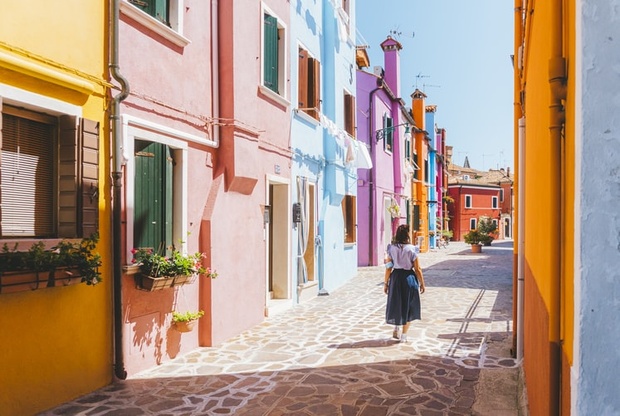 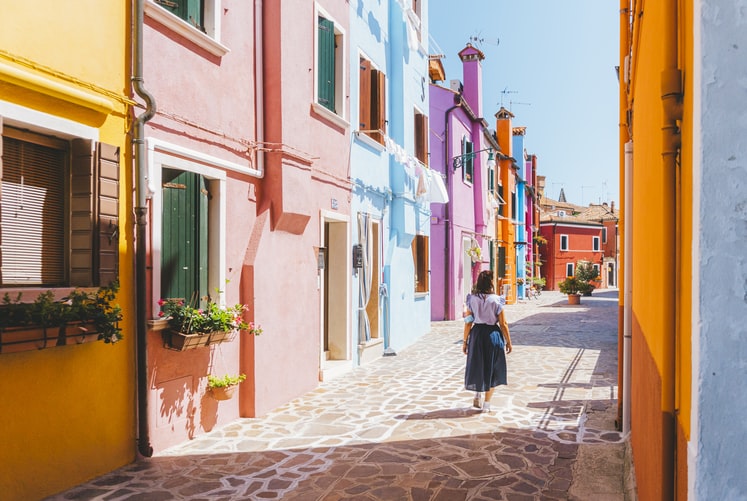 Here are five of the most colourful places in the Belpaese.

Surrounded by the emerald waters of the Venetian Lagoon, the fishermen’s island of Burano is widely famous for two things: its ancient tradition of lace-making and the kaleidoscopic houses that line its narrow canals.

Legend has it that fishermen painted their houses in these distinctive hues to delimit properties and make the island more visible through the thick sea fog.

The coloured houses are protected by law, so if you are a home owner in Burano and want to change your sage green walls to a brighter shade of turquoise, you must apply to the government for approval.

The most colourful house on the island is Casa di Bepi Sua – a building embellished with bold geometric shapes in brilliant primary colours.

Another popular landmark on the island is the Church of St Martin, with its famous leaning bell tower. 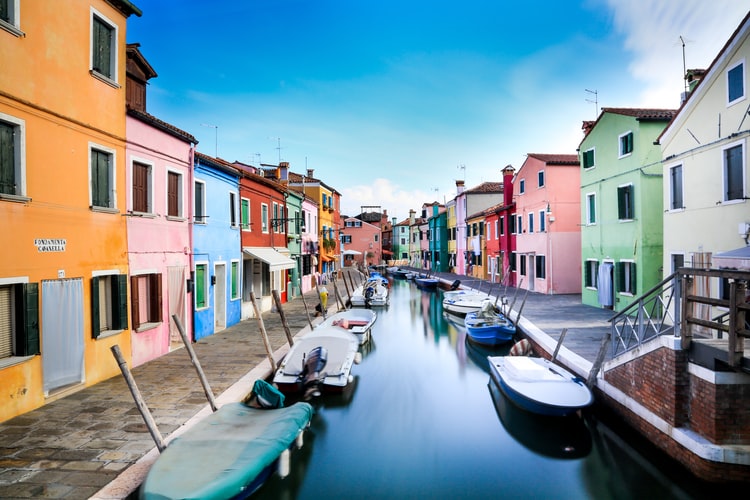 A stunning string of five villages cascading down the most rugged cliffs of the Italian Riviera, Cinque Terre is famous for its rainbow-coloured terraced houses.

When seen from the water, the houses of Monterosso al Mare, Vernazza, Corniglia, Manarola and Riomaggiore dazzle like precious gems along one of the world’s most spectacular stretches of coastline.

The sun-baked yellow, deep terracotta and bright orange make the contrast against the cliffs and the azure water even more spectacular. 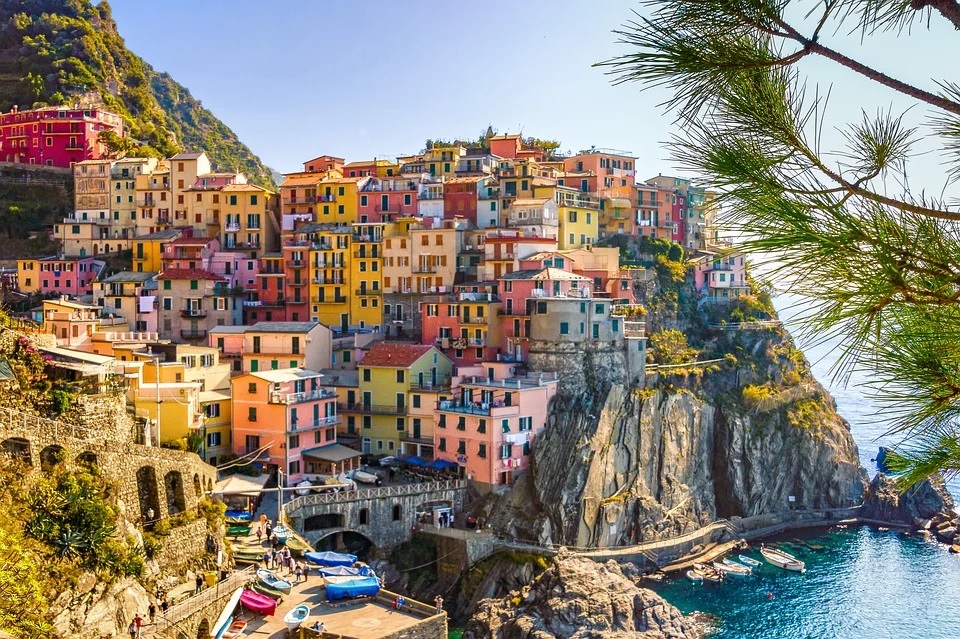 Layers of houses in delicate pastel tints line the beautiful waterfront of Procida, a dreamy island in the Gulf of Naples.

With its ancient buildings in pretty blues, pinks and yellows, the volcanic island is a heavenly destination.

Often overlooked in favour of its neighbours Capri and Ischia, Procida is still a hidden gem. 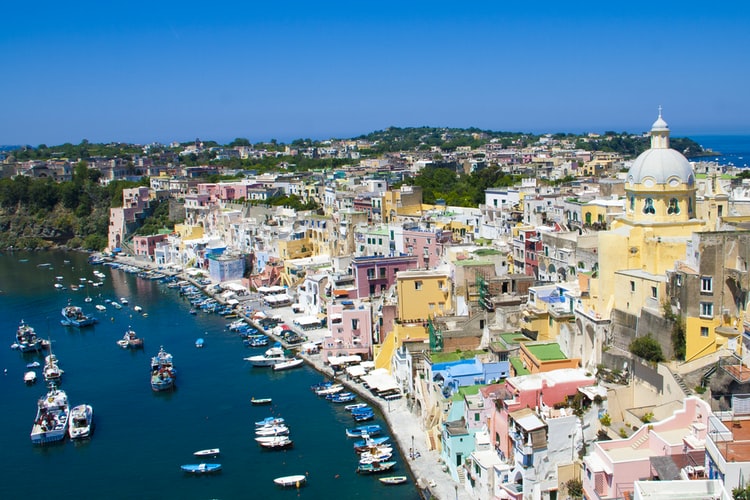 Perched on the slopes of Mount Baldo, on the picturesque northern shores of Lake Garda, Torbole is half alpine, half Mediterranean, in both atmosphere and appearance.

With its colourful houses and their red-tiled rooftops, the town has been described by Goethe as a “marvel of nature, an enchanting place”.

Torbole is a true paradise for watersport enthusiasts, as well as hikers and nature lovers. 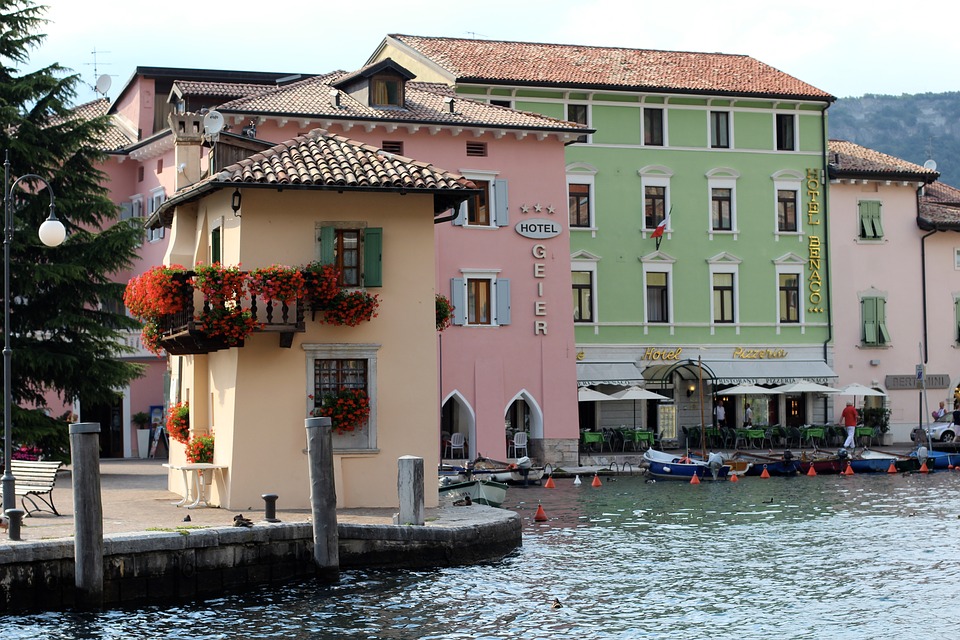 Ostuni is known as the White City thanks to its plenitude of white-washed houses.

This southern town soars above an ocean of olive trees that sweep through a verdant part of Puglia.

The breathtaking town is a maze of alleyways, staircases and arches, houses built upon houses and hundreds of years of history.

A quick trip from the sea, it makes for a great base for exploring Italy’s deep south. 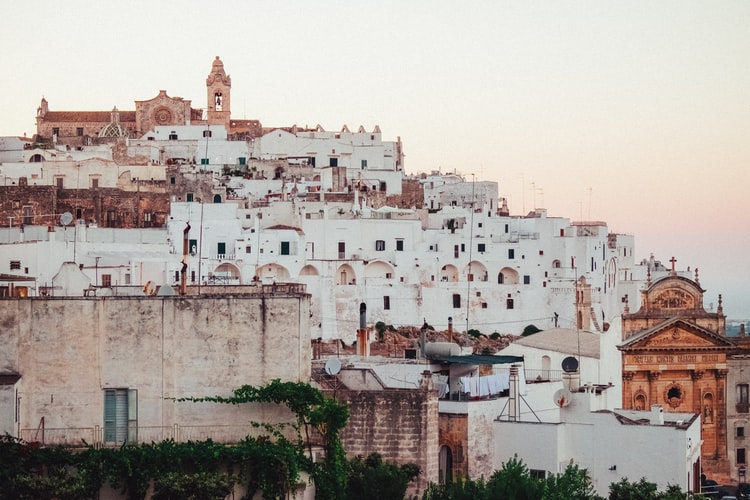