Italy’s Serie A league has postponed a Genoa match against Torino scheduled for Saturday after Genoa confirmed 14 positive coronavirus cases among players and staff. 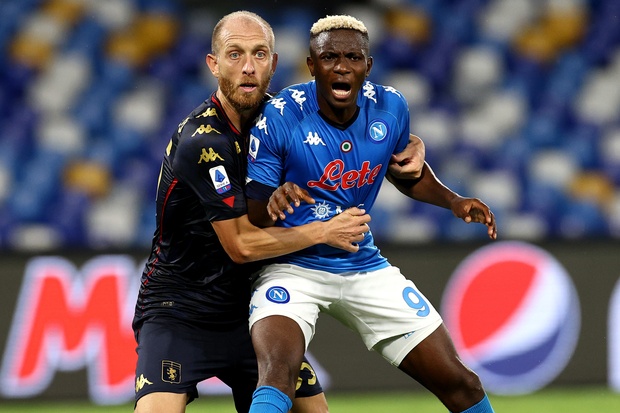 Andrea Masiello of Genoa and Victor Osimhen of Napoli during the Serie A football match at San Paolo stadium in Napoli, on September 27, 2020. (Photo: AAP) 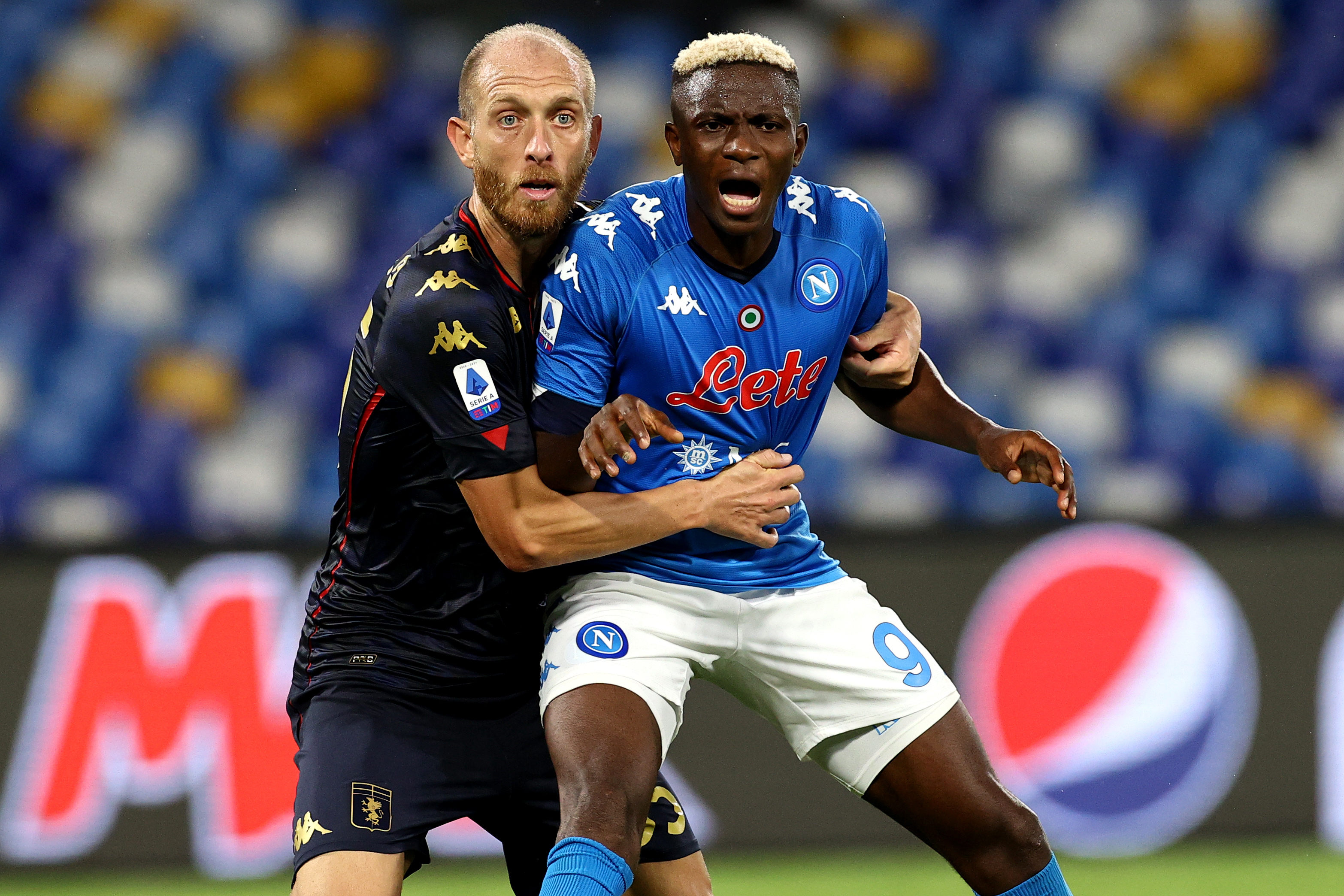 Andrea Masiello of Genoa and Victor Osimhen of Napoli during the Serie A football match at San Paolo stadium in Napoli, on September 27, 2020. (Photo: AAP)

The third-round match is the first in the nation’s top-tier football league to be postponed due to coronavirus after the new season started on September 19.

The postponement comes just days after the Italian government allowed stadiums to open to up to 1000 fans.

Genoa had demanded that the match be pushed back as players were unable to train because they are self-isolating at home.

A meeting of Serie A officials confirmed the application of UEFA rules whereby a match can only take place as long as a side have 13 healthy players, including a goalkeeper.

Torino president Urbano Cairo slammed the league’s slowness in deciding on how to proceed.

“The important thing is that a rule had to be established, like UEFA did some time ago by establishing when to play and when not to play,” Cairo told Sky Sports Italia.

“La Liga for example adopted that rule and did it long ago.

“We are very late and this is a shame.

“I think it should have been done earlier because it was easy to predict that situations of this type could occur in autumn.”

There are also concerns about Napoli players, with eight of Genoa’s 11 positive players taking to the field in Naples last weekend.

Napoli are due to play champions Juventus in Turin on Sunday.

A first round of swabs for the Napoli team came back negative, with a second round of testing set for Thursday.