Inter Milan have claimed their first Serie A title in over a decade, ending Juventus’ domination of Italy’s top-tier league. 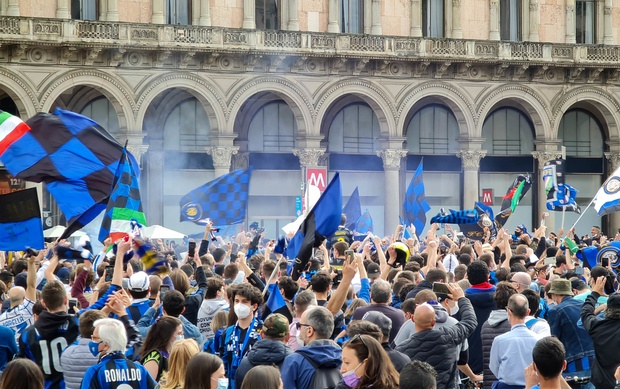 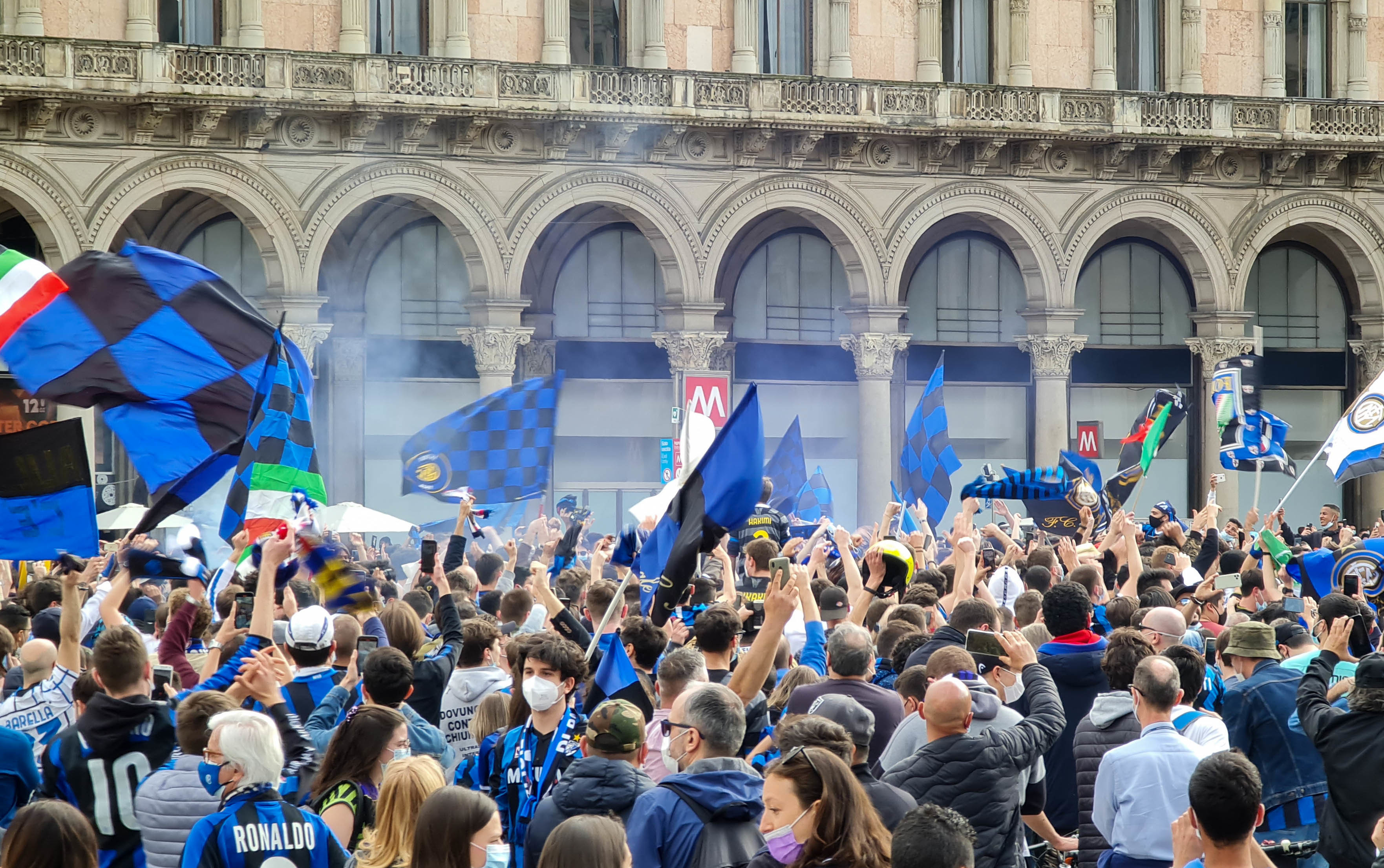 After second-place Atalanta drew 1-1 at Sassuolo on Sunday to guarantee Antonio Conte’s side can’t be caught at the top, the northern city of Milan erupted with celebrations on the final whistle.

The result confirmed Inter as champions – with an insurmountable 13-point lead with four matches to spare – and fans immediately started gathering in Piazza del Duomo to rejoice.

Thousands of fans congregated in the square, with flags and scarves, chanting and singing as they jumped and clapped, paying little attention to coronavirus restrictions.

Almost all wore masks but many were pulled down below their chins, as they also set off flares and fireworks.

It was Inter’s first Serie A title since 2010, when they were triumphant in the league, Champions League and Italian Cup under coach Jose Mourinho.

“We are, yes, we are. Champions of Italy. We can finally scream it, after dreaming of it, after keeping it hidden in the depths of our hearts, after holding on to it like a precious dream that we did not want to waste,” a statement on the club’s website read.

“We wear this Scudetto. Beautiful, emphatic, deserved. Long-awaited and yearned for.

“A team that represents an entire population, the Nerazzurri.

“A team that has won, that has dominated.

“With only one big regret: not being able to share the joys on the pitch with the Nerazzurri fans.”

Inter have ended Juventus’ grip on the league crown after the Turin giants’ nine successive Serie A titles.