International model Stefania Ferrario is more than just a pretty face with killer curves: she’s a pioneer for body positivity and diversity in a world obsessed with unrealistic beauty standards and toxic labels. 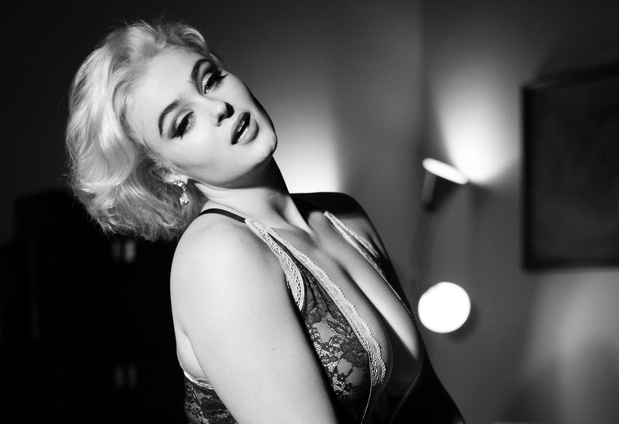 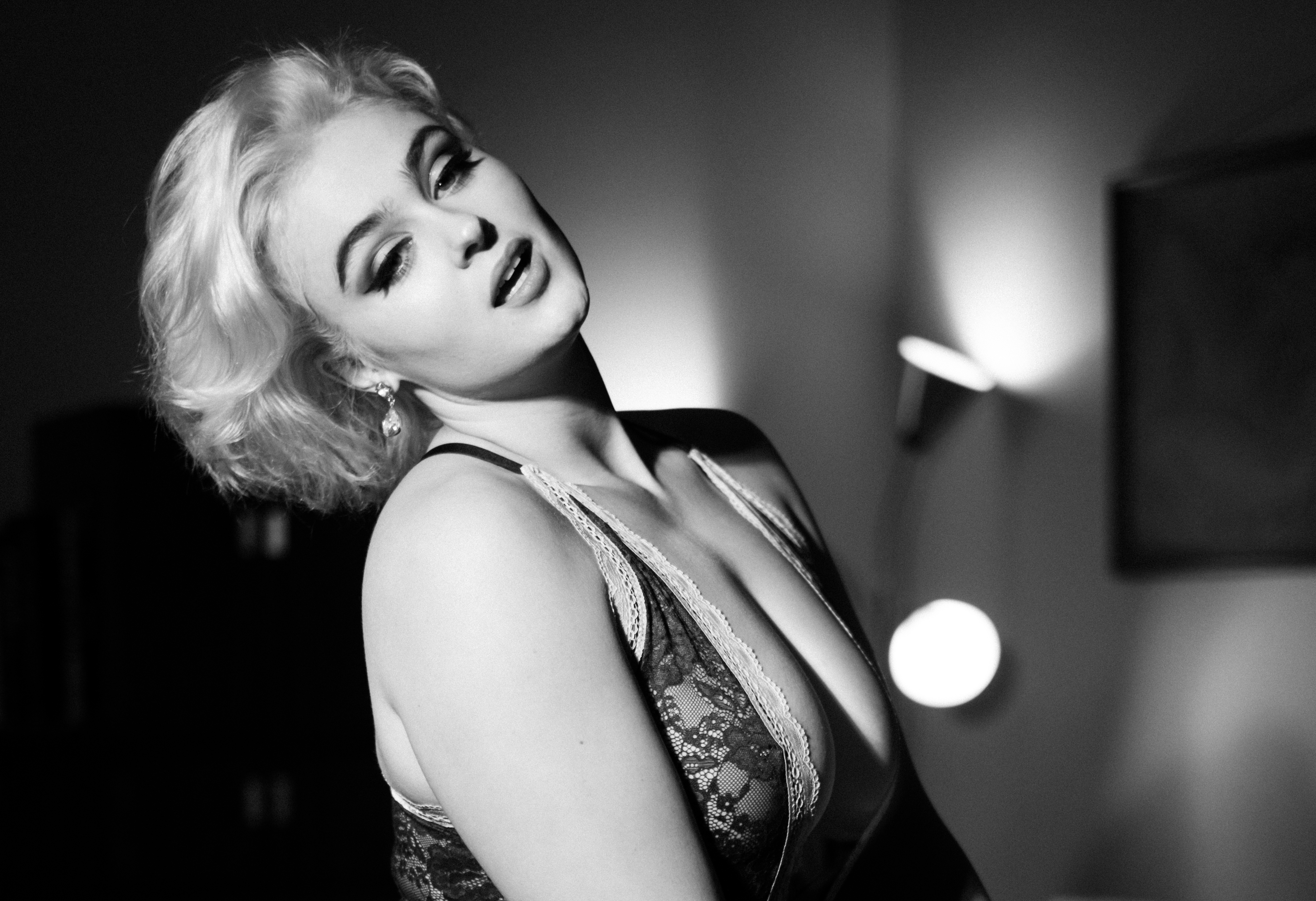 The 27-year-old beauty is fast becoming an Australian fashion icon, having modelled alongside Dita Von Teese for the burlesque superstar’s lingerie label and been one of the four faces of Melbourne Fashion Week in 2017.

Both in front of the camera and beyond the lens, Ferrario is a force to be reckoned with.

The Melbourne-based model was born and raised in Canberra, to an Italian mother and English father.

“My mum Lilia was born in Bologna,” Ferrario says.

“Once she’d finished her degree at the University of Bologna, she travelled back and forth to Australia to complete her PhD in astrophysics at the Mount Stromlo Observatory in Canberra.

“My mum met my father in England while doing a post doctorate at Leicester University.

“Shortly after, she was offered a job at the Australian National University, and moved permanently with my father in the early ‘90s.”

Growing up, Ferrario travelled to Italy several times to visit family, while her grandparents also came to visit her in Canberra.

Ferrario’s youth was painted with Italian culture and traditions, from the aroma of lasagne and polenta with fried lentils floating through the house, to the sound of her mother “jabbering” away to relatives in Italian on the phone.

“Although my mother spoke English around the household, with a fabulous Italian accent I might add, my nonni, zia and cugini didn’t speak much English at all,” Ferrario says.

“From a young age I was exposed to the Italian language; the time I spent in Italy was all spent speaking – or trying to speak – Italian to my extended family.

“I also chose to study Italian as a second language in high school, to learn more about the culture and my background.”

The glamour was born as Stephanie Denise Knightley, but at the start of her modelling career, she adopted a pseudonym which honours her Italian heritage: Ferrario is her mother’s last name, while Stefania is the Italian version of her first name. 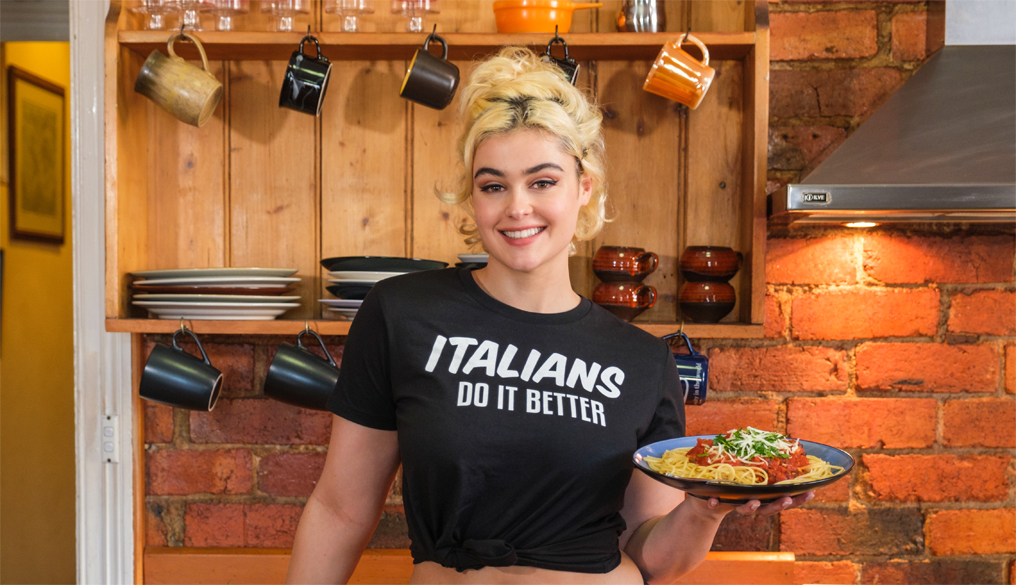 The name Stefania Ferrario is now known all over the world, and the face behind it has modelled for Myer, Target Australia, Sportsgirl, Bras N Things, Berlei, and Italian brand Fiorella Rubino.

“I always love going to Milan for work, as I spend a little extra time afterwards visiting my family, who now live just outside of Venice,” she says.

Whether close to home or halfway around the world, Ferrario feels blessed to be living out her 16-year-old self’s dream of becoming a model.

“I get excited every time I’m heading to a set,” she says.

“I’m so grateful that I can do this for a living.”

Ferrario has become an advocate for diversity and progression in the modelling industry: in February 2015, she spearheaded a campaign with television presenter Ajay Rochester to end the use of the term “plus size” to describe models who are above an Australian dress size 8 by the modelling industry.

“I kept seeing the term ‘plus size’ thrown around when I entered the industry – I even used it myself,” she explains.

“The main thing that concerned me about the label was the fact that the general public was so confused by it.

“If we applied this label to the public, most women would fall into that category, which is absurd.”

Ferrario decided to take action when she saw first-hand the damage the label was having on women and their perceptions of their own bodies.

“I noticed young women in comment sections under articles and on social media voicing their confusion and concern over the label,” she says.

“They were seeing models with the same body shape as them being labelled ‘plus size’.

“This naturally made women feel uncomfortable and anxious, and they would say things like: ‘If that model is plus size, what does that make me?’

“The moment I decided to speak up was when I saw a woman getting bullied online by other models for saying how ridiculous the label was.”

Ferrario posted a picture with the caption “I am a model FULL STOP” with the hashtag “#droptheplus”, which gained widespread coverage in the media and was heavily discussed, with mixed, but mostly positive reactions, on social media and within the fashion industry.

The hashtag has since sparked a viral movement.

Though she screams confidence and self-love today, Ferrario admits she has succumbed to beauty trends and the pressure to conform in the past.

“I used to feel like I was never skinny enough; I always wanted to be thinner,” she says.

The sad reality is that most women will feel inadequate at some point in their lives due to the unrealistic standards set by the fashion industry and the media.

With the rise of social media, the problem has only been exacerbated.

While Ferrario has learned to love her body and have a healthy relationship with it, her mission is to use these very channels to help other women and girls do the same.

“I hope I can fill a gap for women that might have a similar body shape to me,” she says.

“We have to realise that a lot of the bodies we see on reality shows, TV, social media etc. are surgically enhanced, and unless you’re willing to spend a lot of money and go under the knife, these types of bodies are not achievable, nor should we strive to look like that.

“It’s a fashion just like any other beauty standard throughout history.”

Ferrario acknowledges that the industry has made great strides in terms of diversity, with women of different shapes and sizes now featured in most major campaigns, and the term “plus size” being used far less often.

However, she says there’s still some way to go before all women are represented as they should be on magazine covers and catwalks.

“For me, the diversity that should be focused on now is having more models of varying ages,” she says.

“Considering women in their 30s, 40s, 50s and over spend the most on fashion and have more disposable income, we should be catering to them.

“This ongoing obsession with youth is also very unhealthy and psychologically damaging.”

Ferrario is fierce, fearless and outspoken on topics that have been brushed under the rug for far too long.

By refusing to be stamped with a toxic label based on her size, she’s paving the path to a world in which beauty truly is in the eye of the beholder – and not what the media and fashion industry tell us it should be.