Italians celebrate the birth of a nation 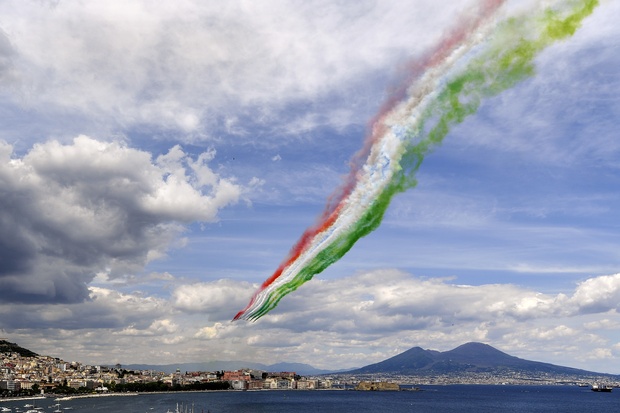 Since May 25, the Frecce Tricolori have been touring Italy, sending streaks of red, white and green through the sky above cities, including Naples (pictured), Turin, Milan, Venice, Florence and L’Aquila, as part of a national tour to symbolically embrace the country during this difficult time. (Photo: AAP) 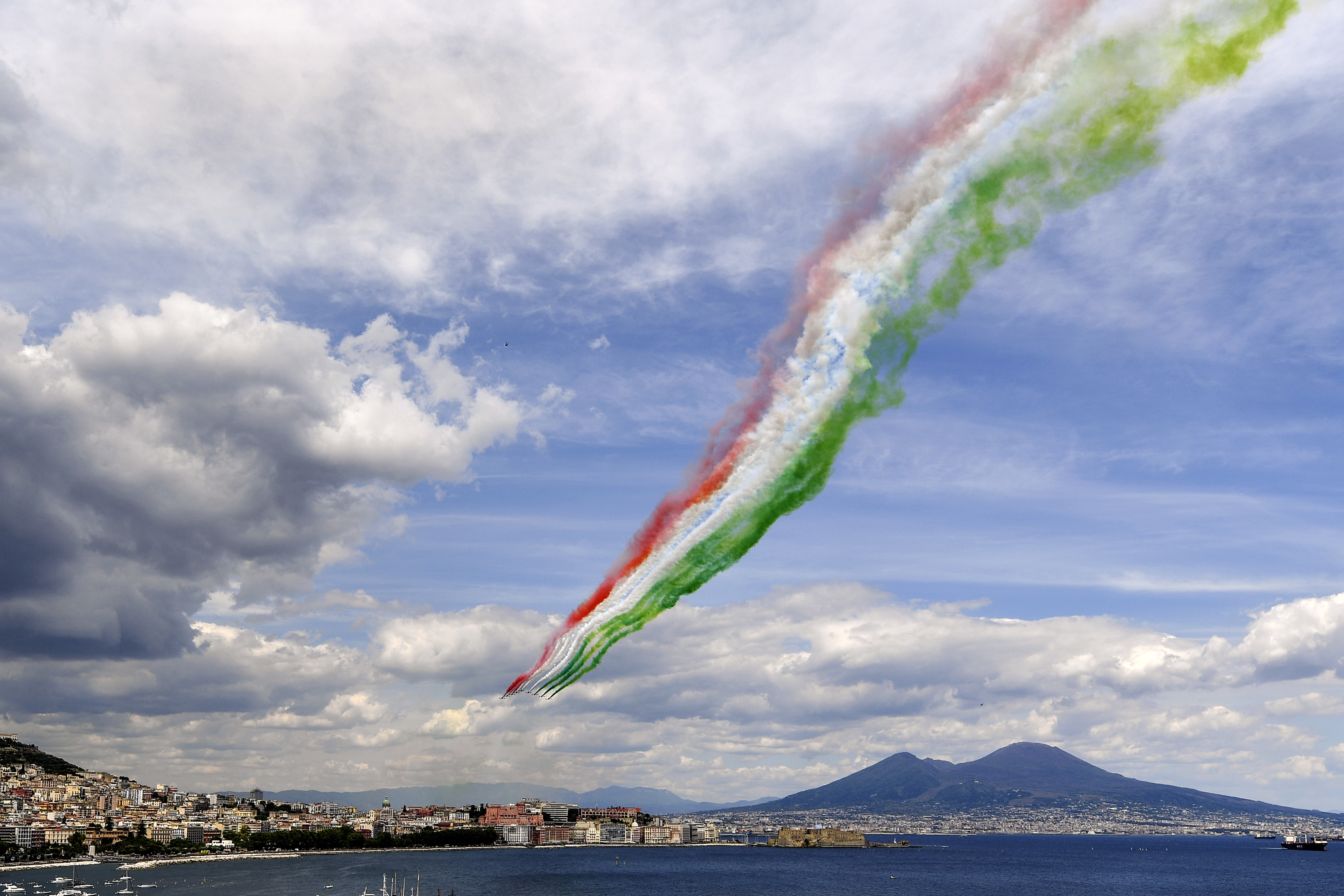 Since May 25, the Frecce Tricolori have been touring Italy, sending streaks of red, white and green through the sky above cities, including Naples (pictured), Turin, Milan, Venice, Florence and L’Aquila, as part of a national tour to symbolically embrace the country during this difficult time. (Photo: AAP)

It commemorates the referendum of 1946, when Italians voted on what form of government (monarchy or republic) should govern the country in the wake of World War II and the fall of the fascist regime.

Male members of the royal family were sent into exile because of their association with the fascist regime and were only allowed to return to Italy in 2002.

The country’s constitution now forbids a monarchy to ever rule again.

Republic Day is one of the most important national holidays in Italy, and celebrates the birth of the nation.

Each year, special official ceremonies take place across the country.

The biggest celebration is held in the Italian capital of Rome.

A laurel wreath is placed on the Tomb of the Unknown Soldier, which was built in recognition of those who sacrificed their lives for Italy.

The tomb, which also has an eternal flame, was added to one of Italy’s largest national monuments, the Altare della Patria (Altar of the Fatherland), on November 4, 1921.

However, the tomb, which was designed by sculptor Alberto Sparapani, was not completed until 1924.

The laying of the laurel wreath is followed by a military parade along Via dei Fori Imperiali, in the presence of the highest offices of the state.

All armed forces, police forces, the fire brigade and the Italian Red Cross, along with some military delegations from NATO and the European Union, take part in the parade.

A highlight of the day is the flyover by the Frecce Tricolori, when nine Italian Air Force aircraft soar overhead , sending streaks of green, white and red smoke into the sky.

The event’s official website states that, due to the coronavirus pandemic, the military parade in Rome will not take place this year, nor will the Palazzo del Quirinale Gardens be opened to the public.

However, the Frecce Tricolori show in the sky will still take place, and Romans can enjoy the spectacle from the safety of their balconies or gardens.

In fact, many Italians around the country have been able to admire the spectacle this year.

Since May 25, the Frecce Tricolori have been touring Italy, sending streaks of red, white and green through the sky above cities, including Naples, Turin, Milan, Venice, Florence and L’Aquila, as part of a national tour to symbolically embrace the country during this difficult time.

Pandemic or not, June 2 is a day that marks a time of patriotic spirit as the citizens of Italy show their great pride in the nation.

The public chooses this day to eat, drink and be merry with gusto as they recognise their freedom from a dark time in their history.

To celebrate Italian Republic Day from the safety of your own home, explore the eBook Le Piazze [In]Visibili, provided by the Consul General of Italy in Sydney, Andrea De Felip.

“I invite you to join me as we ‘walk’ around 20 of Italy’s beautiful piazzas,” De Felip said.

“In anticipation of when we will be able to do it in person again, let us enjoy their immortal beauty and take this opportunity to look at them as imaginary places, seen like this only by the great artists and the minds who designed, planned, built and adorned them.”