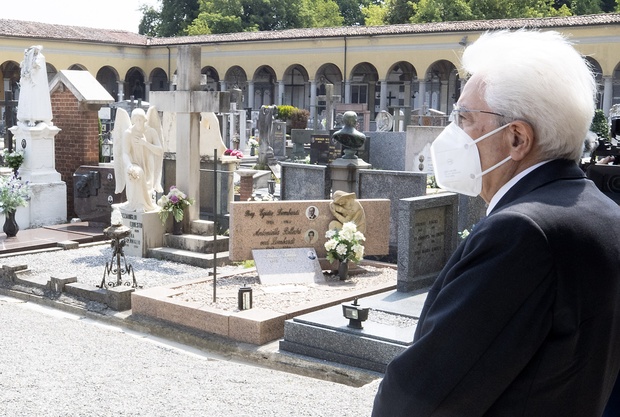 Italian President Sergio Mattarella stands silent in front of graves, at the cemetery of Codogno, where the first case of COVID-19 emerged, on June 2, 2020. (Photo: AAP) 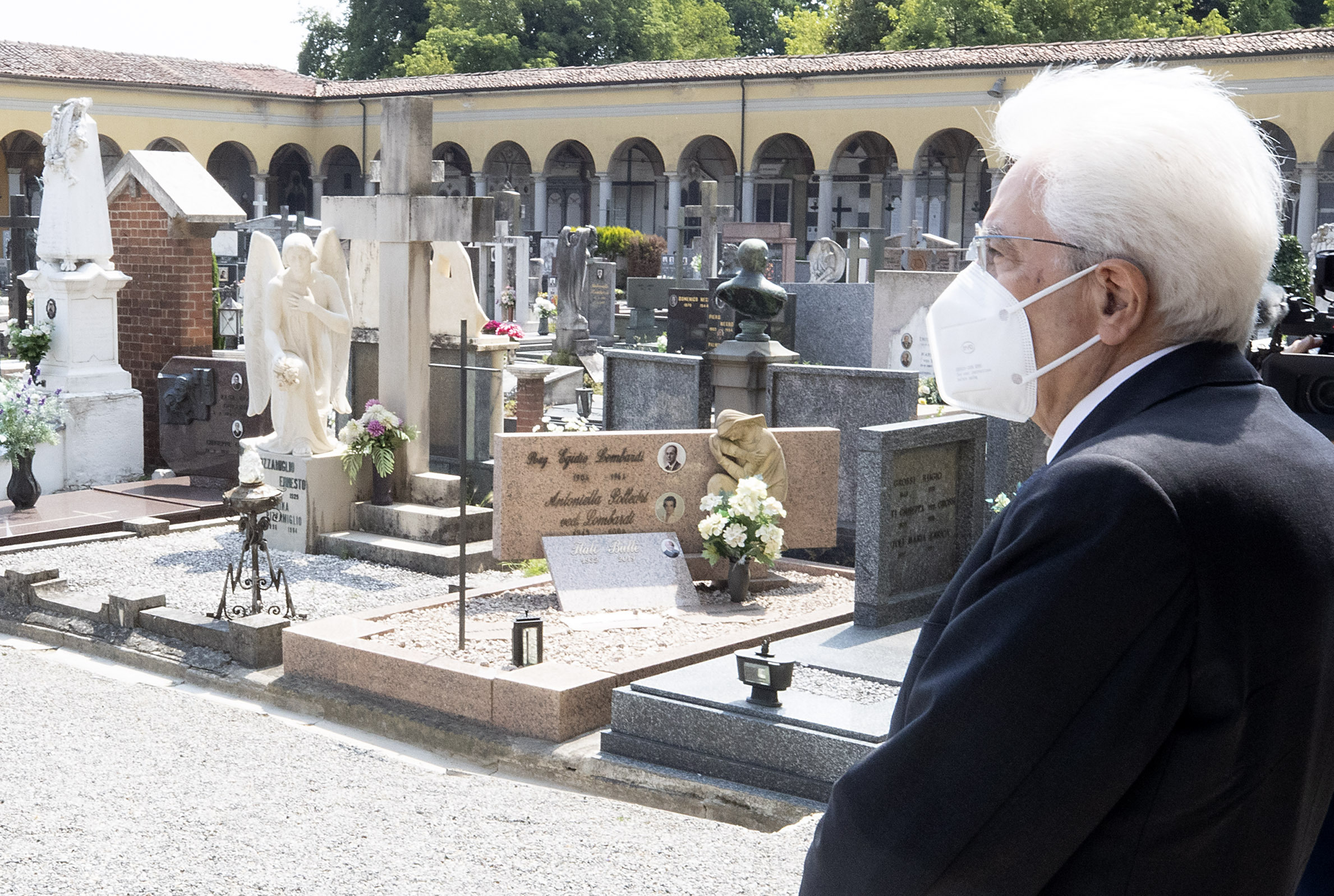 Italian President Sergio Mattarella stands silent in front of graves, at the cemetery of Codogno, where the first case of COVID-19 emerged, on June 2, 2020. (Photo: AAP)

On the evening of February 20, 2020, a hospital in Codogno, in northern Italy, confirmed that a 38-year-old Italian man was infected with the virus.

The man had no links to anyone who had been in China, where the COVID-19 outbreak first erupted.

The emergence of the first known native case triggered a national emergency and led to Codogno being locked down in what would become the first “red zone” or coronavirus hotspot in Europe.

Since then some 95,000 people have died with COVID-19 in Italy, the second highest death toll in Europe after the UK.

According to professional associations in the sector, at least 326 doctors and 81 nurses in Italy have died of COVID-19.

Ahead of commemorative events in Codogno, Mattarella expressed his gratitude for “the professionalism and self-denial” of healthcare workers whose continued efforts have been key in stopping the epidemic from “precipitating into an irreversible catastrophe”.

The president also paid tribute to Italy’s national healthcare system which “despite its many difficulties” has proven to be an institution “to preserve and to invest in, in order to protect the entire community”.

The president’s words were echoed by Pope Francis, who compared the dedication of healthcare workers to “a vaccine against individualism and selfishness”, a dedication which “demonstrates the most authentic desire that dwells in the heart of man — be near to those who have the most need and give of oneself for them”.