Millions of Italian students return to the classroom as schools reopen

Millions of Italian children returned to the classroom on Monday as many schools reopened, more than six months after they were closed in the early days of the coronavirus pandemic. 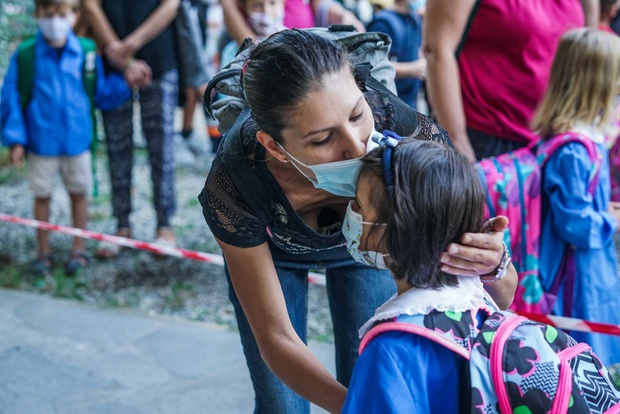 A mother greets her daughter at Baricco Primary School in Turin, Italy, on September 14, 2020. (Photo: AAP) 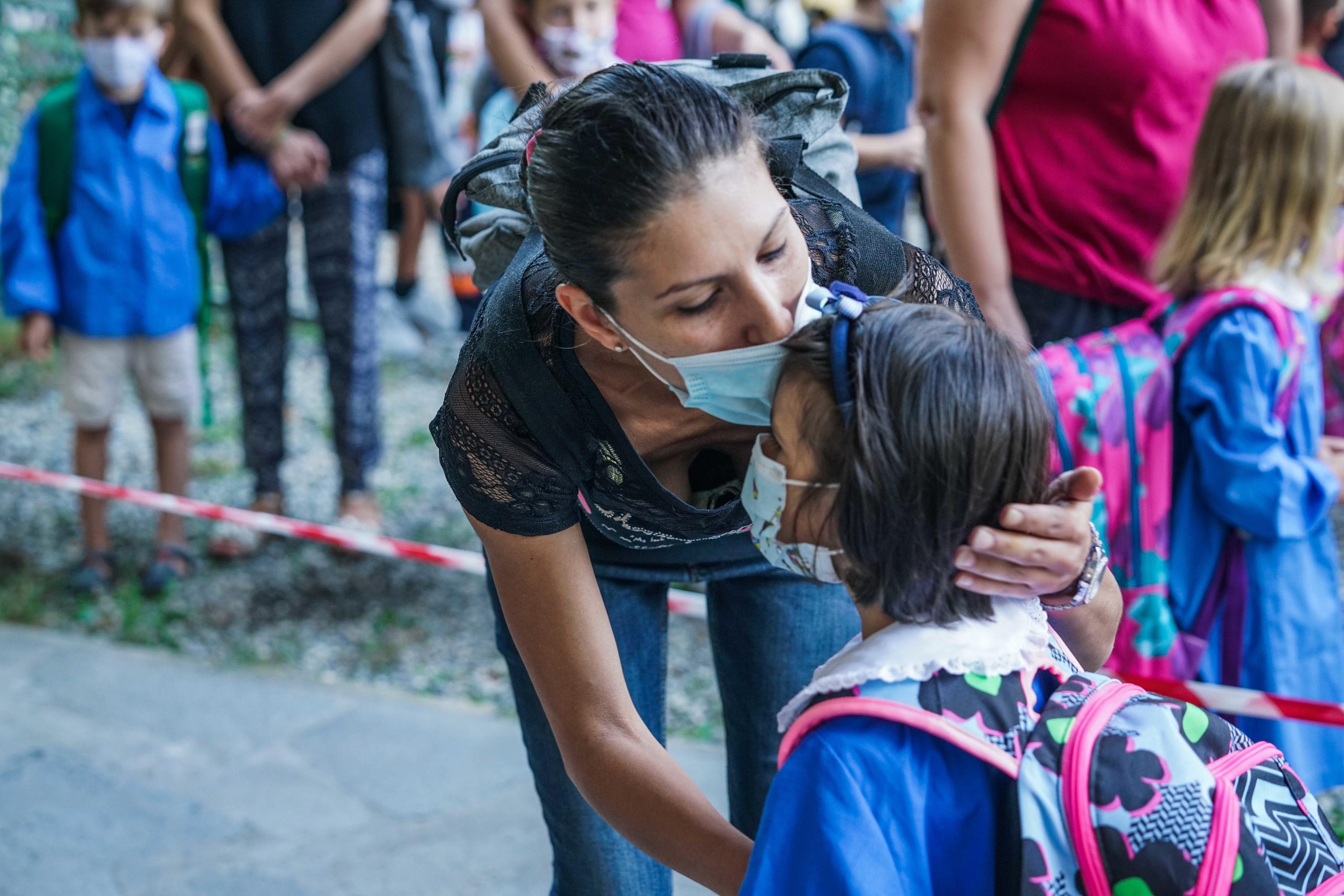 A mother greets her daughter at Baricco Primary School in Turin, Italy, on September 14, 2020. (Photo: AAP)

Although many Italian schools have postponed reopening, roughly 5.6 million students from a total of 8.3 million went back to school on Monday with new rules and safety measures in place.

Some schools welcomed their pupils back with balloons and banners; in others there was spontaneous applause for the children as they walked through the school gates for the first time in six months.

Italian Prime Minister Giuseppe Conte admitted on Sunday that while schools remained the government’s priority, they faced a difficult situation, including a lack of teachers, single-seat desks and face masks.

“There will be difficulties and inconveniences, especially in the beginning,” Conte wrote on Facebook.

With the country registering more than 1500 infections a day, Conte urged youngsters to “do their part”.

“You have to commit yourselves to the rules of caution that will allow you to protect your health and the health of the people you love,” he said. 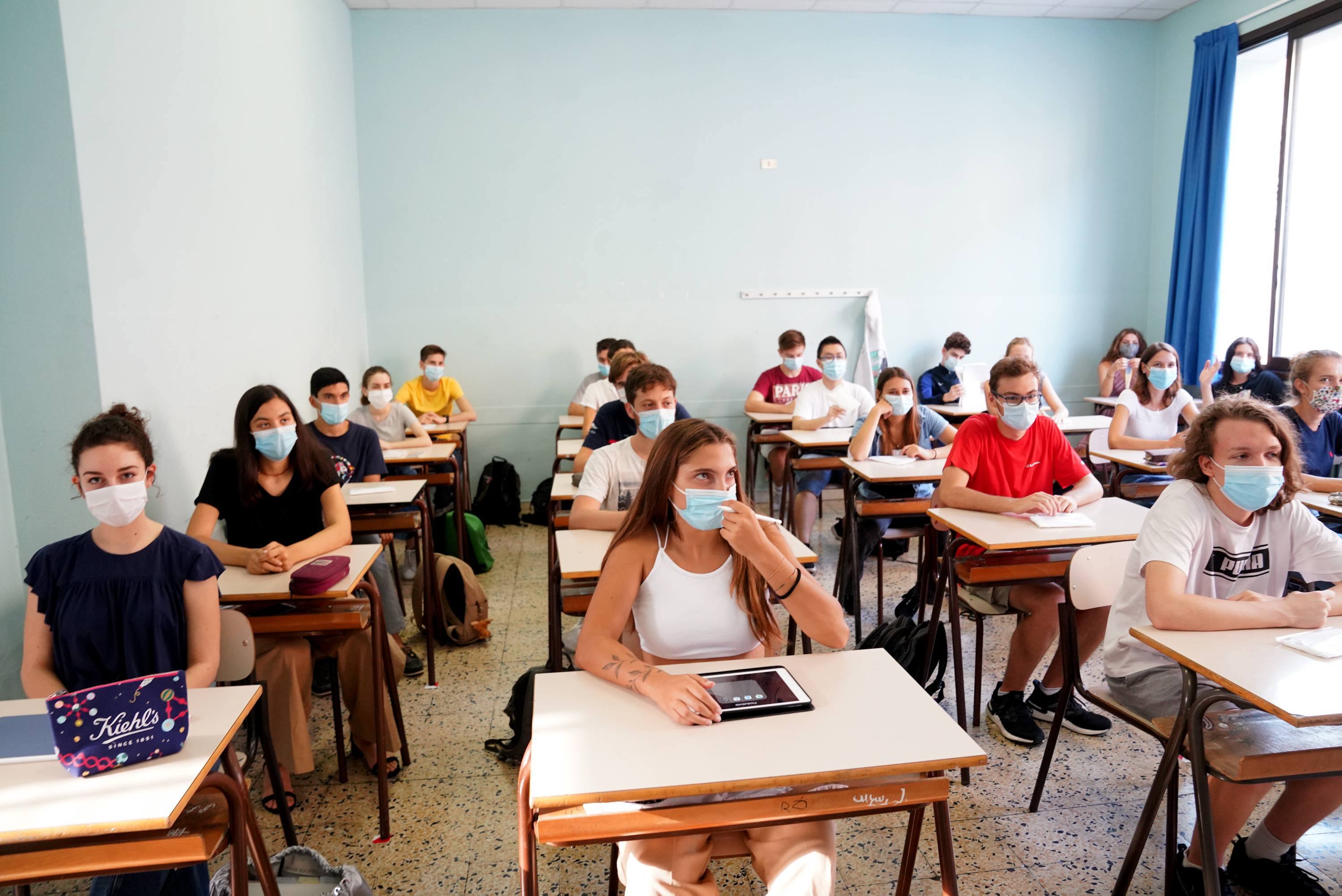 Seven of Italy’s 20 regions have postponed reopening until September 22 or 24 over concerns they were not ready to meet all the new requirements.

Many local authorities within those regions set to reopen on Monday also chose to keep schools closed until later in the month.

Italian officials said the back-to-school strategy involves the immediate quarantine of those “in close contact” with a student or teacher who tests positive for the virus.

After a positive result, pupils will be allowed back to school only after returning two negatives, carried out a day apart.

More than half a million school employees, both teachers and non-teachers, underwent serological testing ahead of Monday’s reopening.

Around 13,000 teachers and school staff have tested positive for the virus, placing further pressure on Italy’s education sector.