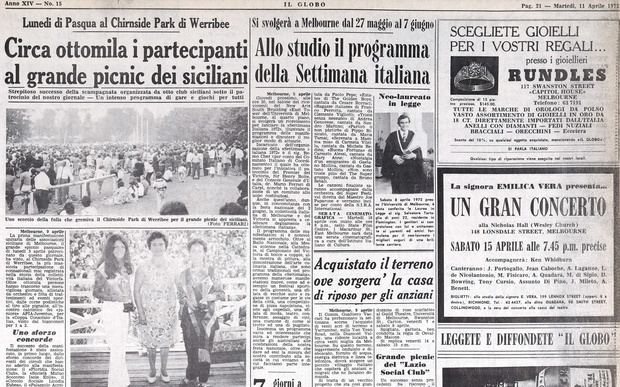 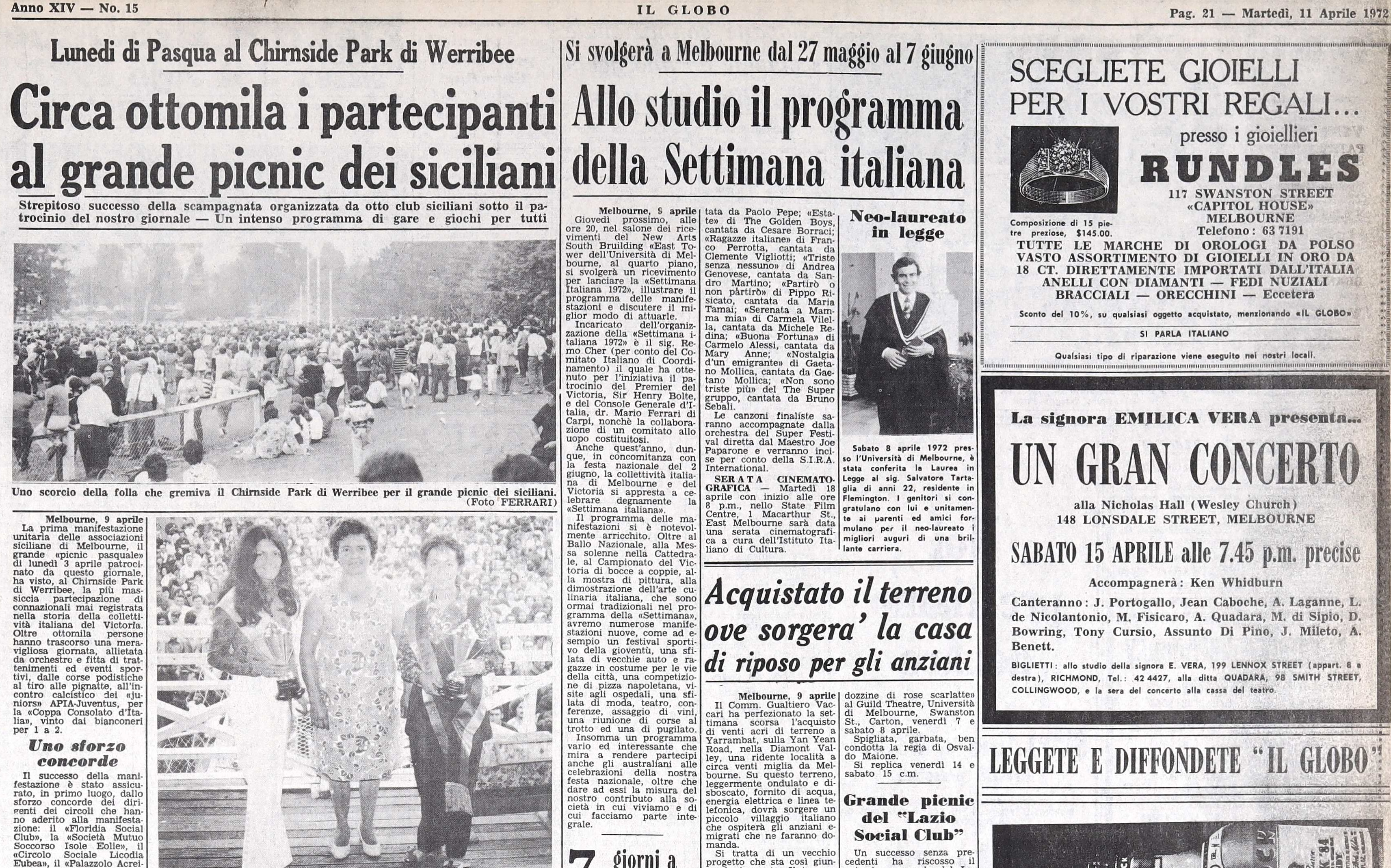 More than 8000 people participated in the event, which featured live music and entertainment, as well as sporting activities.

The presenter of the entire day was Rolando Di Bari.

This story appeared in the Tuesday April 11, 1972 edition of Il Globo.