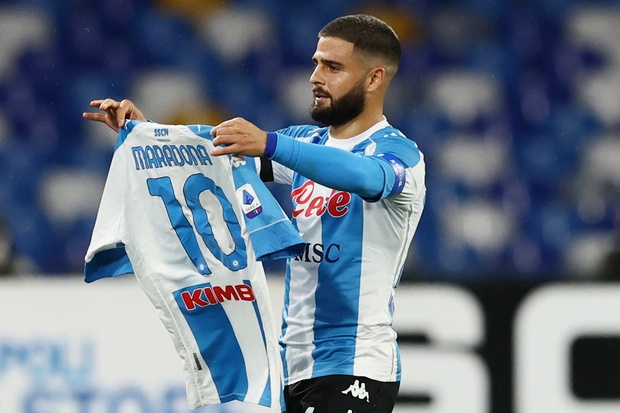 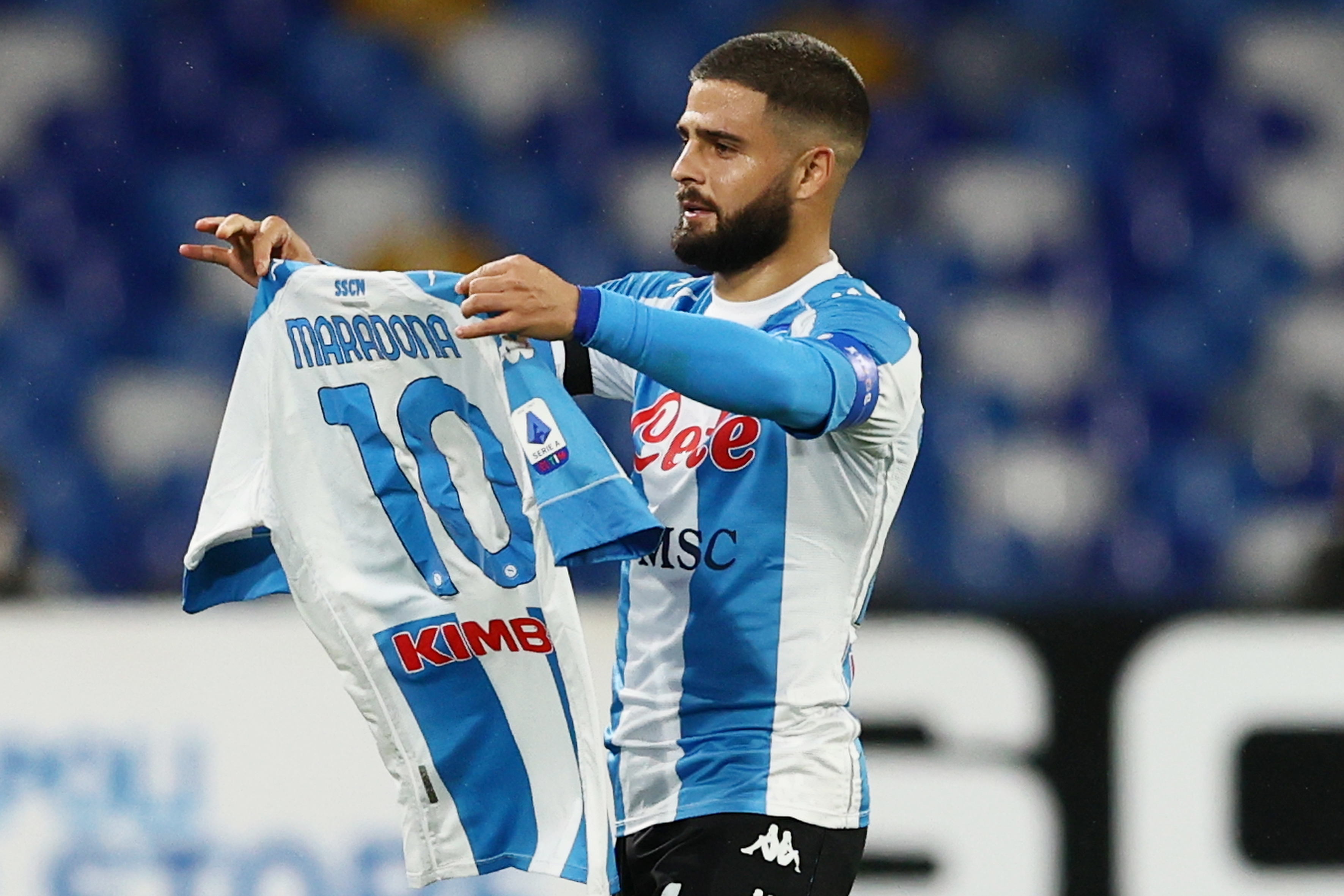 Maradona died on Wednesday of a heart attack aged 60 in a house outside Buenos Aires.

He had been recovering from a brain operation.

Widely regarded as one of the greatest players of all time, Maradona reached the peak of his professional career while playing for Napoli.

Napoli rose to the occasion on Sunday to honour the player who helped the club win two Serie A titles, a Coppa Italia and a UEFA Cup crown.

Players posed before the game at their Stadio San Paolo with a shirt bearing Maradona’s name and his famous number 10, before goals from captain Lorenzo Insigne, Fabian Ruiz, all-time leading scorer Dries Mertens and Matteo Politano earned a sixth win in nine games this season.

Napoli had earlier announced they’d been working on a Maradona-themed shirt for a year, in the hope the man who has remained an iconic figure in Naples would be able to see it.

That was not to be, but Napoli said the shirt would “have an even greater significance than initially intended”.

The Roma game was Napoli’s second fixture since Maradona’s death.

On Thursday, their players took to the pitch in jerseys emblazoned with Maradona’s name and shirt number before beating Rijeka 2-0 in the Europa League.