Protesters clash with police in Rome over COVID-19 restrictions 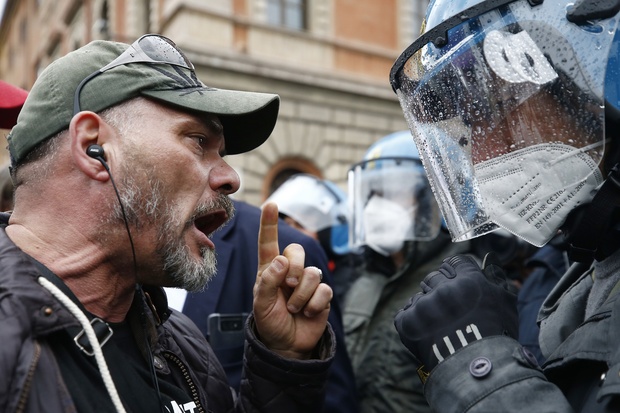 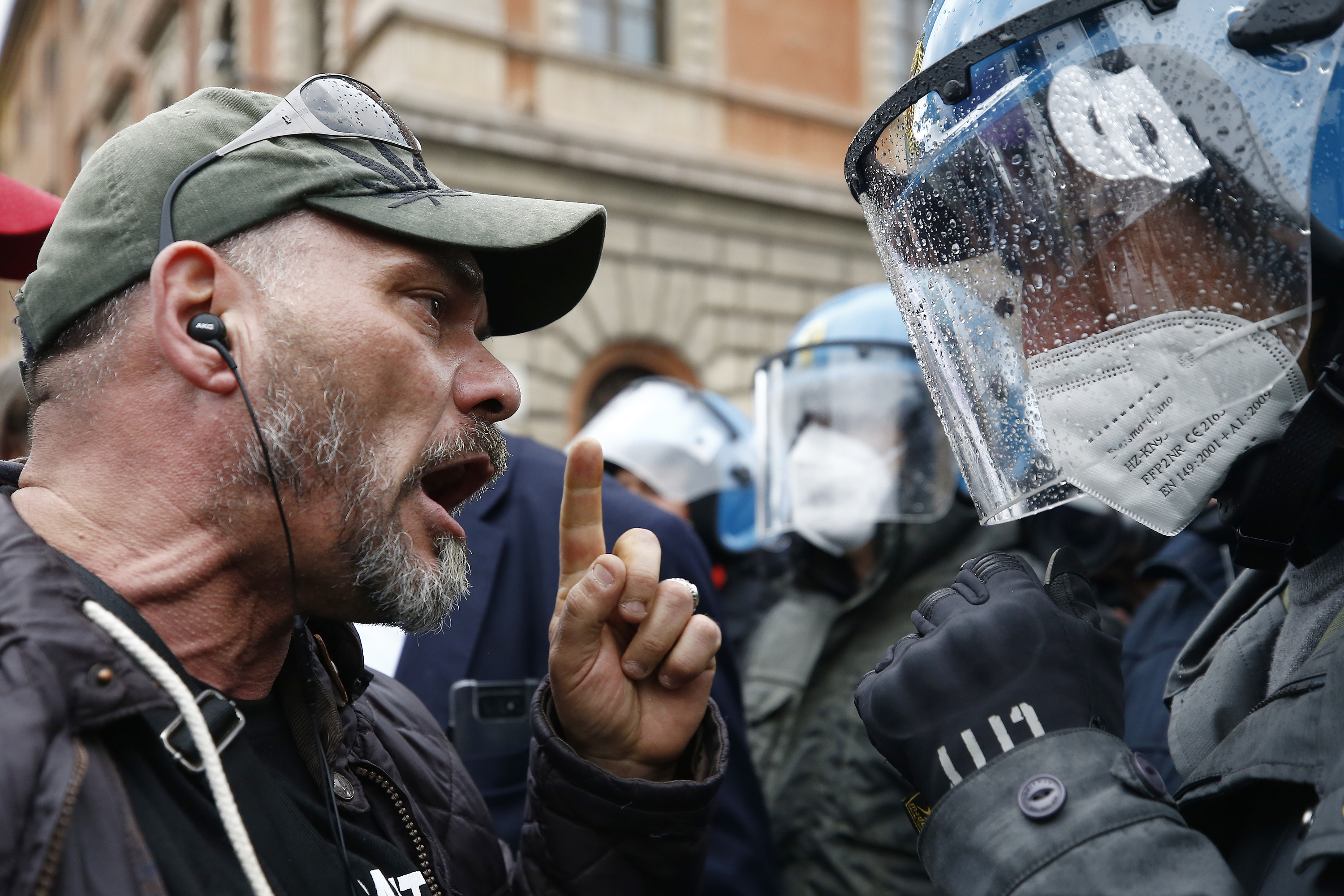 Around 200 people tried to reach Prime Minister Mario Draghi’s office, but were held back by rows of police in riot gear, according to Italian news agency ANSA.

A delegation of five was allowed to enter the office, and the group was received by undersecretary for relations with parliament, Deborah Bergamini.

Anti-lockdown protests have intensified across Italy over the last week, with some turning violent.

A group of demonstrators hurled stones and bottles at police and let off fireworks, filling the streets with smoke.

There were similar clashes with police last week during a protest outside parliament, organised by the same group.

Some Italian media reported that far-right groups including Casapound had hijacked the protests, triggering the violence on both occasions.

The demonstration in the city’s central Piazza San Silvestro had initially been organised by a movement called Io Apro (meaning “I will open”), which includes restaurant, bar and other business owners who have said they’ll reopen despite the rules currently forbidding them to.

The whole country remains under tough restrictions meaning bars and restaurants can only serve takeout and delivery, while other businesses such as bars and gyms must remain closed.

The Italian government has not yet provided a clear plan for the country’s exit from the current lockdown.