Salumi Australia: The flavours of Sardinia in Byron Bay

Byron Bay is synonymous with beaches and backpackers, and is home to a mosaic of people from all walks of life. 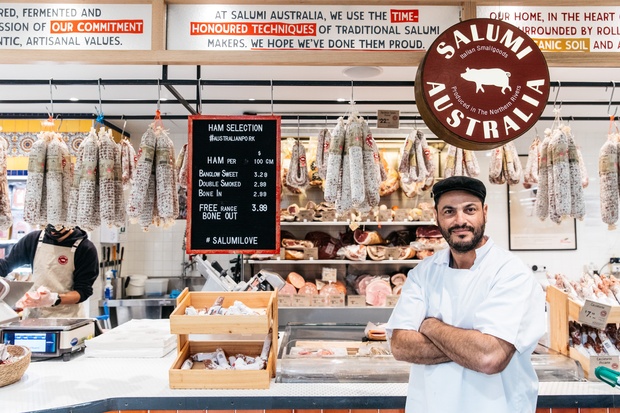 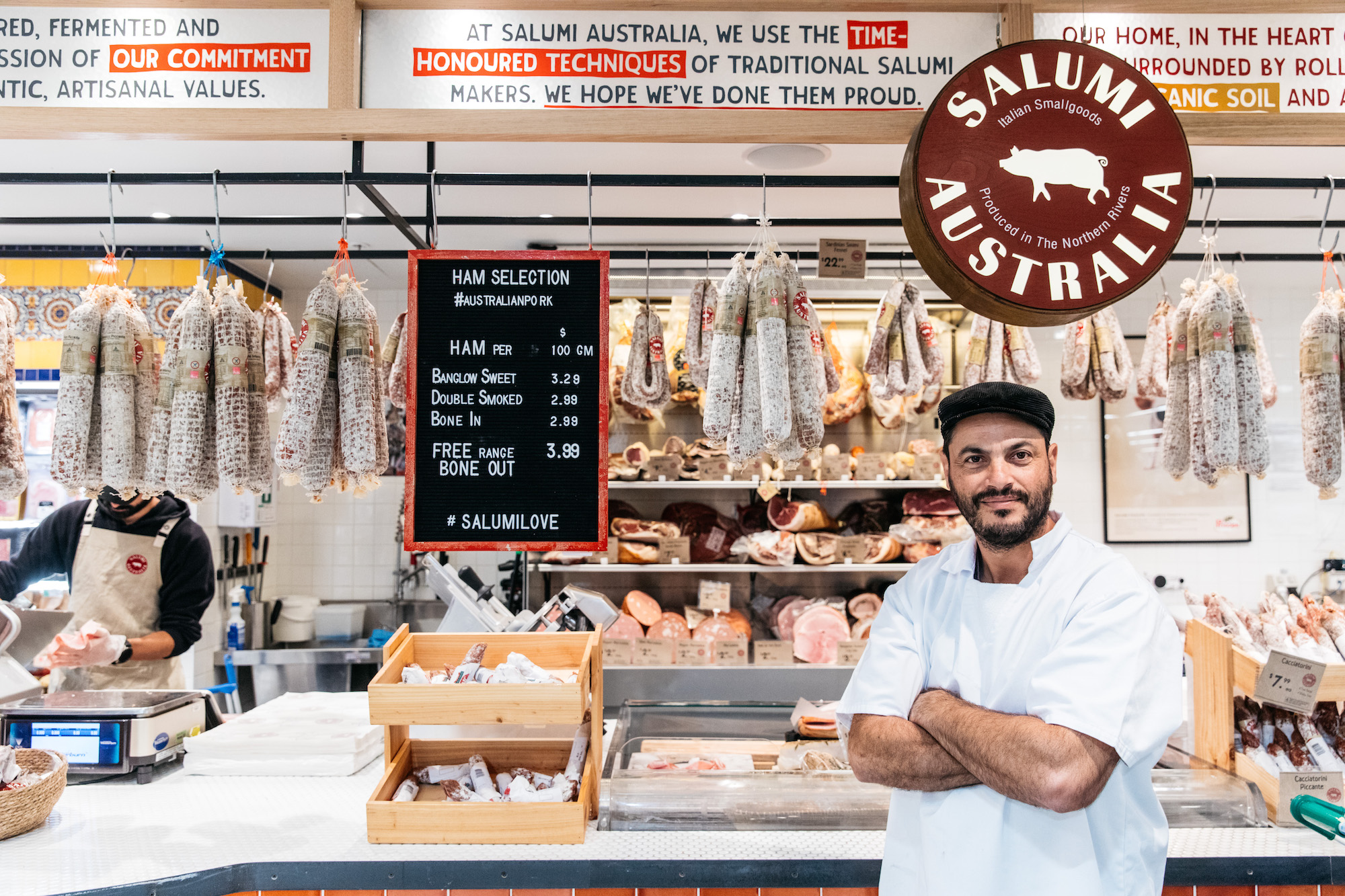 Alternative folk mingle with the rich and the famous, who own million-dollar mansions along the coast.

But when you think of Byron Bay, you don’t automatically think of cured meats.

In the heart of the Northern Rivers where the fertile, volcanic soil and the temperate climate of the region are second to none, you’ll stumble across Salumi Australia, surrounded by green rolling hills, fresh country air and natural waterways.

Located in Billinudgel, the company was founded by Sardinian chef Massimiliano Scalas.

Having worked in kitchens around the world, Scalas decided to hang his apron up around 10 years ago to fulfil a dream rooted in his biggest passion: celebrating the flavours and aromas of his birthplace.

Together with his partner, Rebecca McEwan, and his business partner, Michael Dlask, he founded Salumi Australia, an artisan laboratory of cured meats, prepared and cured in line with regional Italian traditions, but produced only with local ingredients, to guarantee authenticity and freshness.

Starting from humble origins, Salumi Australia has taken the Australian food scene by storm in a relatively short amount of time.

Its products are made with the traditional curing and fermentation techniques that Italians developed centuries ago, as well as slow food techniques and advanced production technologies.

The pork comes from local organic farms, which raise the animals in an outdoor, natural setting on a nutritionally-balanced diet, such as Gooralie Farm in Goondiwindi, South East Queensland, which produces the best Borrowdale pigs in Australia.

With professionalism, artisanal care, experience and great passion, Scalas and his team produce cured meats able to satisfy the tastes of even the most demanding consumers.

Salumi Australia now supplies many renowned chefs and prestigious restaurants around the country.

Chef David Lovett is a fan of the ‘nduja – a spicy, spreadable salami originally from Calabria – and likes to eat it in summer, as an aperitif with some potato chips and pile of anchovy-stuffed olives.

“But I also love it melted into a pan then Goolwa pipis thrown in to burst open and their juice to mix with the fiery paste,” he was quoted as saying on Salumi Australia’s website.

“It creates a beautiful sauce to be dipped and soaked with bread.”

Author and foodie, Magdalena Roze, can’t go past the mortadella, served on crusty bread with mozzarella and heirloom tomatoes marinated in olive oil, salt and pepper – a simple dish that takes her back to carefree days in Capri.

Chef Daniela Maiorano claims that only Romans understand the importance of good guanciale and the difference it makes in a real carbonara, which includes only four ingredients, in addition to pasta: guanciale, eggs, pecorino cheese and black pepper.

Ever since she has been using Scalas’ aromatic and tasty guanciale, Maiorano finally feels at home in Australia too.

Another chef who was drawn to Salumi Australia’s authenticity is Bergamo native Martin Morelli, from The Diner Lennox in Northern Rivers.

Morelli makes the sauce with burnt butter, crispy Salumi Australia pancetta affumicata and sage, as well as Grana Padano grated on the bottom of the plate, and in between the pasta and the sauce.

Born from the passion of a Sardinian, Salumi Australia also produces some of the southern island’s specialties, including bottarga – the salt cured, pressed and dried roe of Mediterranean fish such as mullet or tuna.

Known as the “caviar of the Mediterranean”, it is generally grated on seafood appetizers, spaghetti or linguine with seafood, or seafood-based mains.

But in Sardinia, this precious product is also served as an appetizer, or thinly sliced ​​served on a crostini with a drizzle of extra virgin olive oil, and maybe a squeeze of lemon.

Chef Christine Manfield has long been a fan of Salumi Australia and its artisanal products, first falling in love with the bottarga, “whose taste takes me right back to the sun-kissed coastlines of Italy”.

Thanks to the cornerstones of tradition, experience and haute charcuterie, Salumi Australia is increasingly becoming synonymous with a philosophy of excellence that attracts more and more fans every day.