Nestled in the rural heartland of the Great Southern region is a colourful maze of roses that tells the tale of three women: an Indigenous Australian, an Italian and an Englishwoman. 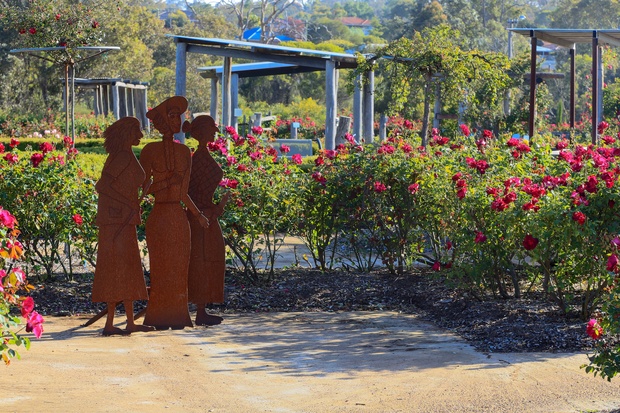 A sculpture that represents the three women who visitors meet throughout the maze. (Photo: Wendy Thorn) 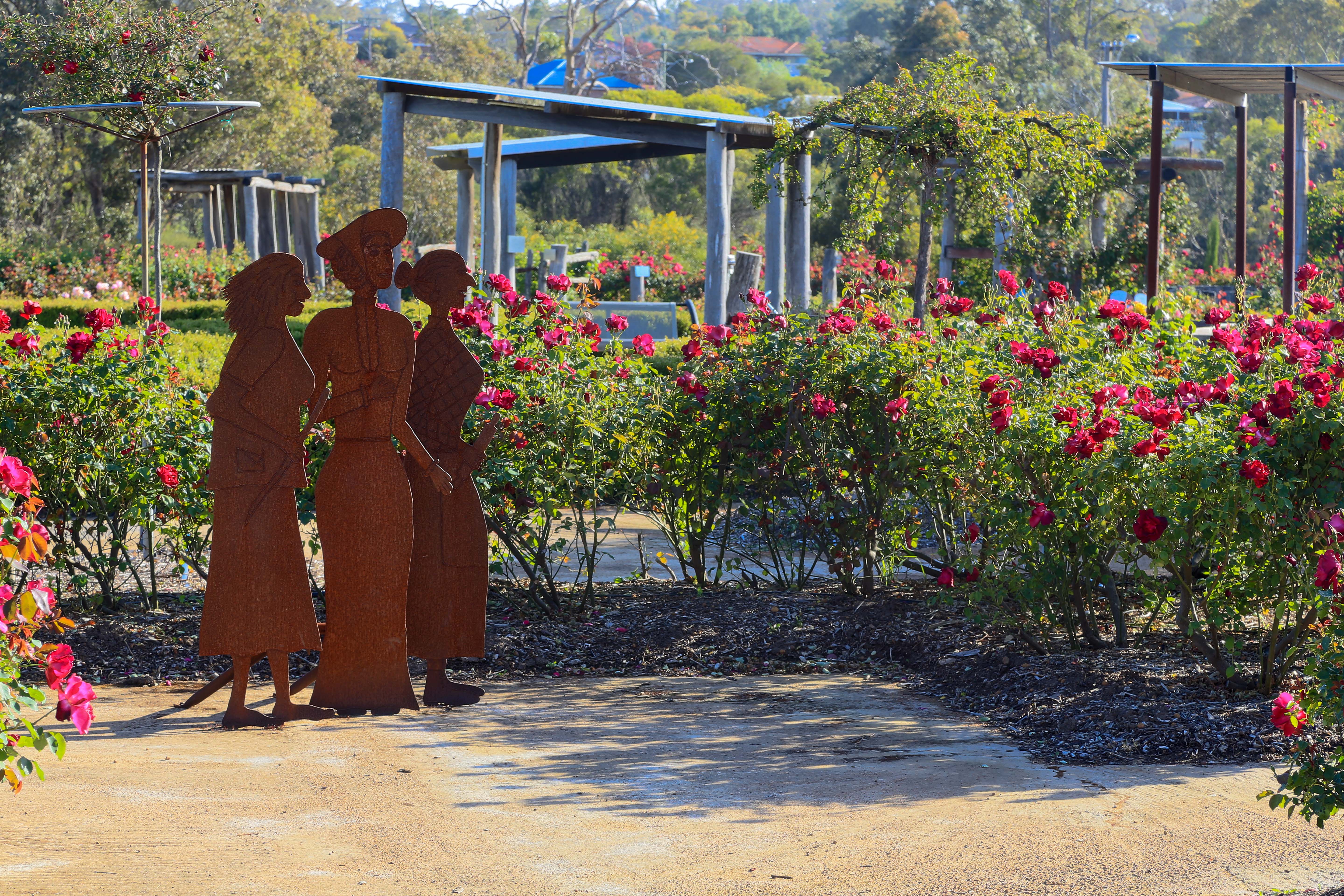 A sculpture that represents the three women who visitors meet throughout the maze. (Photo: Wendy Thorn)

You tell me there was much bombing near the village.

I am so happy you are all safe.

I hug you with all my love.

We did not have much fighting in Australia but many women have lost husbands, sons or fathers.

Stefano was in the internment camp but is back now.

He was there two years.

The Government says he did not have Australian papers so maybe he was a spy.

Katerina and the children worked hard on the farm.

She could visit him sometimes.

Giovanni says it was a crime.

Giovanni says how is it our men were in prison and Italian prisoners of war came to work on farms!

How many letters like Maria’s have crossed the ocean to reach Italy in the last century?!

The words of Maria could be those of hundreds of compatriots who penned their experiences, thoughts, emotion and affection in letters for their loved ones far away.

While her story is based on historical research, Maria is a fictional character, created alongside two other women: Yoondi, of the Noongar people, and Elizabeth, an Englishwoman who, like Maria, migrated to the Western Australian countryside in the 20th century.

Their voices and footsteps accompany visitors along the enchanting pathways of the Australian Rose Maze in Kojonup, a rural town located 250 kilometres from Perth.

Twenty years ago, to celebrate the centenary of the Australian Federation, the local community established The Kodja Place, an interpretative and cultural centre, gallery and story place that tells the tale of the town by collecting the testimonies of the entire population, both Aboriginals and Wadjela, or white settlers and migrants.

Part of the project is a maze created by local artist Penny Young, who intertwined 1400 Australian rose bushes with benches and pergolas.

Symbols of femininity and particularly suited to Kojonup’s climate, the roses guard the stories of the three women and their descendants at the turn of the century.

The pages of Elizabeth’s diary, Yoondi’s oral stories and Maria’s letters can be read in chronological order as visitors make their way to the centre of the maze, inscribed on plaques positioned respectively on mosaics in the ground, white gum fence posts, seats and benches made by volunteers including Italo-Australian local Ralph Manolini.

The accounts reflect significant events and changes of the time: women’s suffrage, the world wars, the Spanish flu, the 1967 referendum, and the visits of the Pope and Queen Elizabeth.

They also explore the difficulties of the era, such as racism towards migrants and Indigenous Australians, and deaths in police custody.

These themes are interwoven with personal and family goals, daily life, and a sense of nostalgia for their distant families and the past.

Established and nurtured for almost 20 years by a team of volunteers, including Cathy Wright, the maze takes into account every intricate detail: even the position of each of the 110 varieties of Australian-bred roses has been carefully considered.

In fact, they were arranged in such a way as to correspond with the historical period mentioned on the different plaques: the Bleak House variety is planted near the tales of the Depression, while the Pacific Triumph variety grows near the stories set at the end of World War II.

As Wright explains, many of the roses that adorn the maze, such as rugosa roses, are different from European varieties as they are suited to Australia’s climate, while others are hybrids of European species adapted to the local conditions.

In the late 1990s, many varieties arrived in Kojonup from Benalla, a small town in Victoria that’s home to a rose garden managed by Heritage Roses Australia.

The best time to visit the maze is from the end of October, when the roses are in full bloom, but there are some flowers almost all year round, particularly between late spring and autumn.

Furthermore, The Kodja Place tells the inside story of Australian country life in ways that will move and delight you.

Voices, photographs, art and objects from Kojonup’s Noongar-Aboriginal and settler cultures are woven together in imaginative and richly-layered interpretation, making it worth the visit at any time of the year.

This story appeared in the Monday October 5, 2020 edition of Il Globo & La Fiamma.