The Calabrian seaside village of Tropea has been crowned Italy’s “Borgo dei Borghi” (Village of Villages) for 2021, during the annual ceremony broadcast on Italian state television channel Rai3. 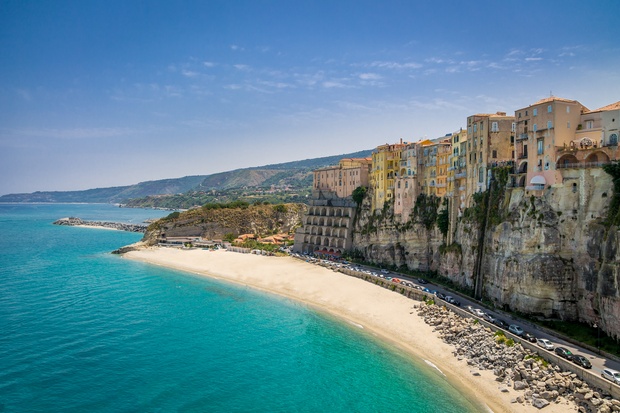 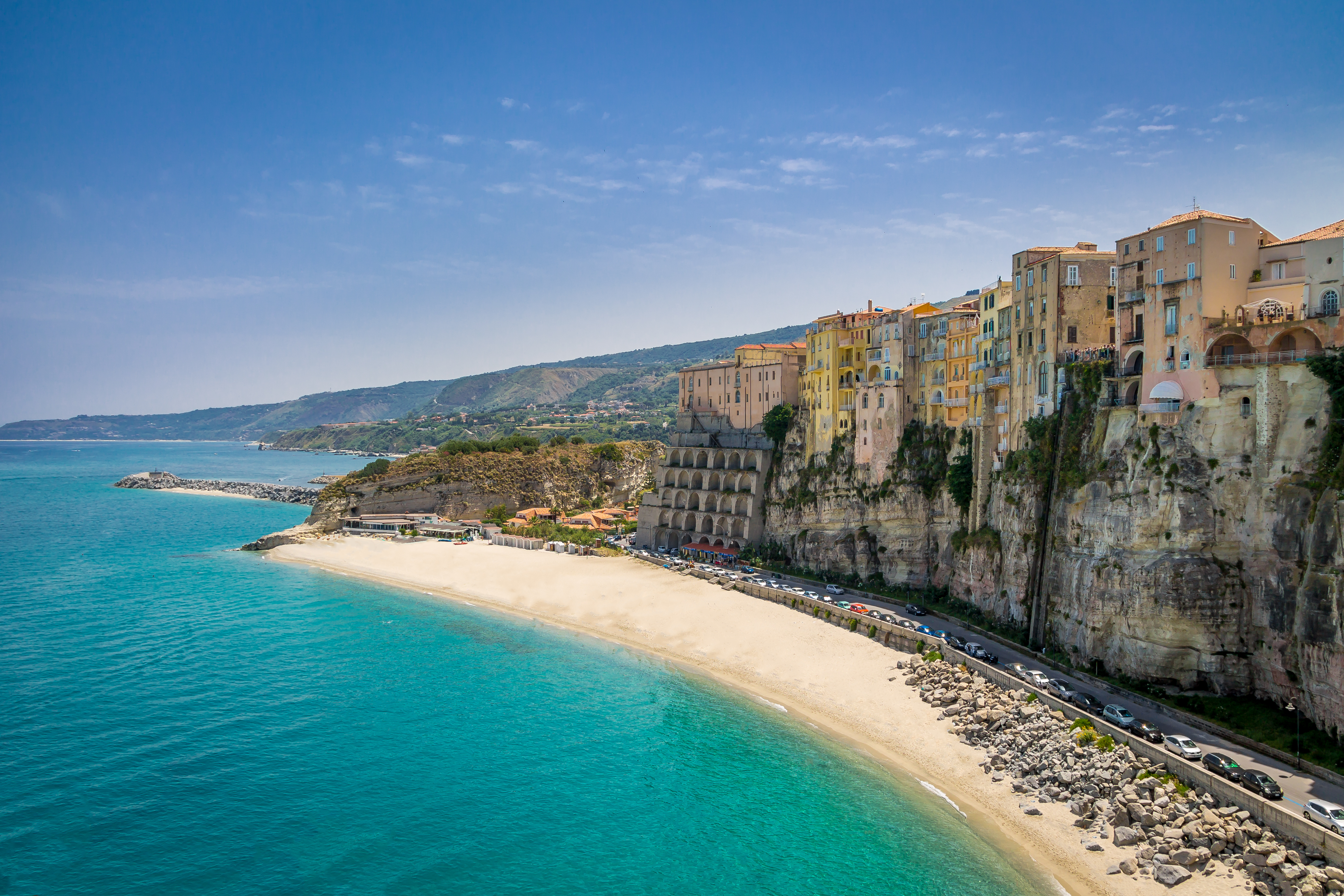 Nicknamed “the pearl of the Tyrrhenian Sea”, Tropea won the award for most beautiful Italian borgo (historic village) for its “heady combination of sea, sun, art, culture, architecture, gastronomy and hospitality”.

It beat off the competition from 19 other historic borghi across Italy.

The Sardinian village of Baunei came in second place and Geraci Siculo, in Sicily, rounded out the top three.

Tropea is the main attraction on Calabria’s Coast of the Gods and is famous for its dramatic cliffside location, which affords spectacular views of the coast from many of its ancient alleys.

Straddling the gulfs of Gioia and Santa Eufemia, the area was known and frequented by the ancient Romans.

The village contains several precious architectural gems, including noble palaces dating from the 18th and 19th centuries, perched on the sheer cliff, overlooking the soft, sandy beach below.

Also not to miss is the 12th-century Norman cathedral, which has two undetonated World War II bombs near the door.

Locals believe the bombs didn’t explode due to the protection of the town’s patron saint, Our Lady of Romania.

A Byzantine icon (1330) of the Madonna hangs above the altar; she is also credited with protecting the town from the earthquakes that have pummelled the region.

The symbol of Tropea is the 11th-century Sanctuary of Santa Maria dell’Isola. 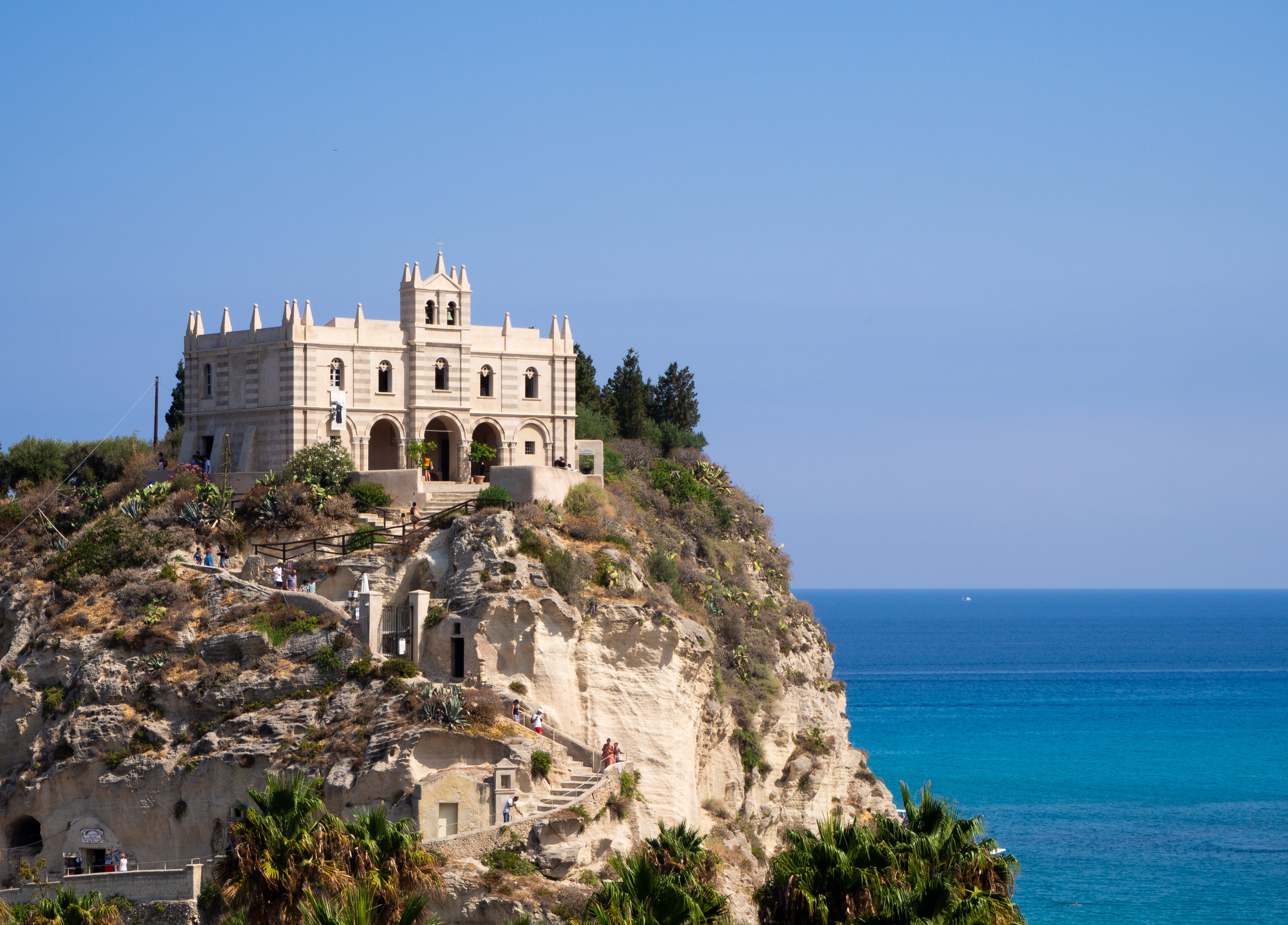 Sitting on what was once its own rocky little island, the monastery is now joined to the mainland by a causeway created by centuries of silt, and is reached via a flight of steps carved into the cliff face.

The lush garden that surrounds the sanctuary offers a sweeping view of the entire coast and reaches as far as the Aeolian Islands and the Sicilian coast, with Stromboli, Vulcano and Mount Etna standing out on the horizon.

For foodies, know that the name of this unique Calabrian village is related to the sweet red onion of Tropea, the gastronomic symbol of the area, and a unique delight.

The onion’s extraordinary sweetness, its delicate scent, its lightness and enjoyable taste, which derive from the morphological peculiarities of the soil and microclimate where it is grown, make it a much sought after ingredient by gourmets and chefs.

In addition to be eaten raw in salads, the Tropea onion can be prepared in several different ways: baked, boiled or as a filling for frittata (omelette).

In Tropea, it is also used to produce a delicious onion marmalade, to be consumed on crostini, as an appetizer and as an accompaniment to roasts.

Another delicacy made in Tropea is a marmalade of onion and roasted peppers, a perfect accompaniment for roasts.