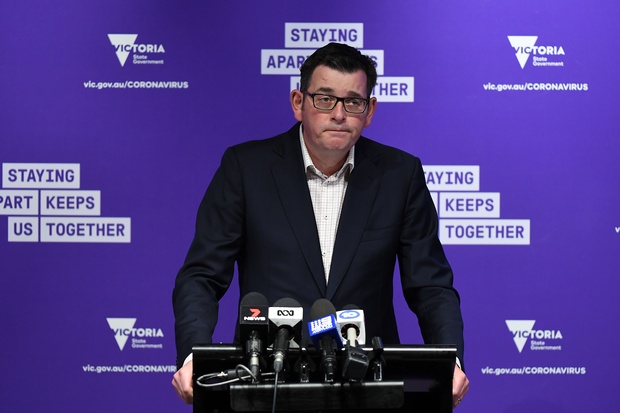 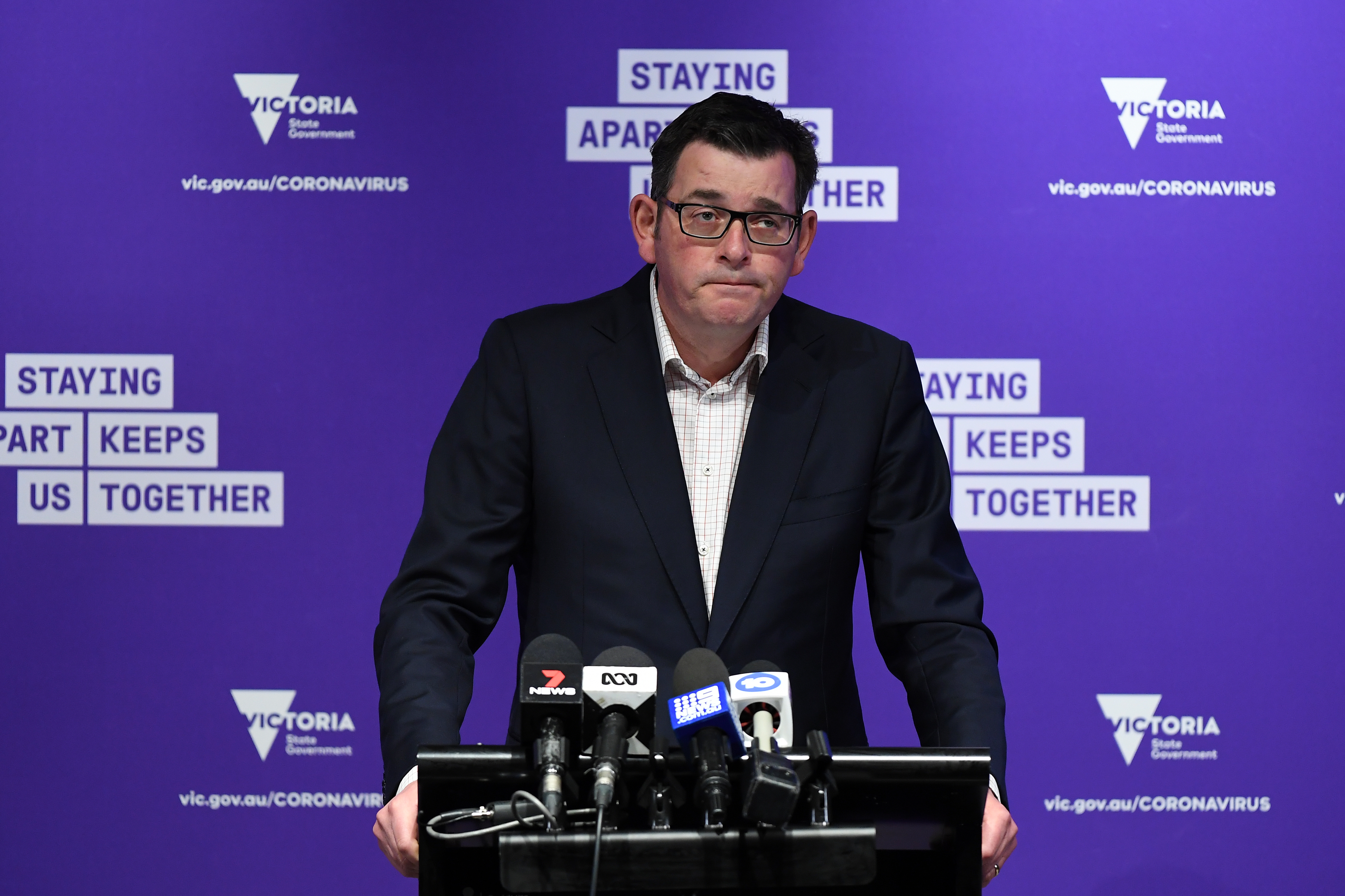 For the next six weeks, Victorians living in those areas will be banned from leaving their homes for any purpose other than work, food, exercise or medical care.

“There is simply no alternative other than thousands and thousands of cases,” Andrews said in a press conference this afternoon, adding that the next six weeks will be very challenging.

“We’ve got no choice but to take these very difficult steps.”

Many businesses which had reopened will be forced to close again, while restaurants and cafes will be reduced to takeaway.

There are no changes to the current restrictions in regional Victoria, however, Andrews said there is a “hard border” between regional areas and metropolitan Melbourne.

While Melburnians are able to leave their homes to exercise, they will not be permitted to travel to regional areas for outdoor activities such as hiking and fishing.

“This is designed to keep it that way.”

Residents under lockdown won’t be able to stay at secondary homes or holiday houses.

“Your principal place of residence is where you must be, except for the four reasons to leaving your home,” the premier said.

“This is I know further than what we went last time but we’re in a more precarious, challenging and potentially tragic position now than we were some months ago.”

Andrews said the ADF will help Victoria Police keep the “hard border” around Melbourne, adding that road blocks will be put in place.

“It will not be every car being stopped, it will be similar to the approach Victoria Police have taken in those 12 postcodes that are locked down,” he said.

“It will be booze bus-type arrangements on main thoroughfares and I’ll appeal to Victorians, don’t for a moment think that you could flout these rules and travel into country Victoria.

“There will be every chance you’ll be stopped and asked.

“If you don’t have a lawful excuse, then there are significant penalties that will apply.”

The state government intends to harmonise the rules for those locked in nine public housing units with the rest of the state “as soon as possible”, according to Andrews.

The premier said he hoped to test all residents quickly and put the more than 3000 people on a level footing with the rest of the state as early as midnight tomorrow, provided testing is conducted rapidly.

“This is not going to last a moment longer than it needs to, to keep those residents safe and to have what I know are very, very challenging measures,” he said.

“But they are proportionate to the risk when you consider, as we’ve said many times, the fact that so many people in those nine towers are among some of the most vulnerable people in our Victorian community.”

Priority will be given to tests from residents in the locked down towers, to move the process along,  Andrews added.

“That is principally a function that as older students they are able to be much more careful in getting to and from school and keeping physical distance,” he said.

Specialist schools will also reopen from Monday, while holidays will be extended for another week for all other students across the state.

Andrews said more announcements on schools will be delivered shortly.

There are now 772 active cases of the deadly virus in Victoria with around 438 of them attributed to community transmission and another 154 still under investigation, with just 37 yet to be linked back to known outbreaks and none associated with hotel quarantine.

Thirteen new cases relating to the North Melbourne and Flemington public housing towers were found, bringing the total to 69 linked to that outbreak.

There were no new no new deaths overnight, with the state’s death toll at 22, but the number of people in intensive care has almost doubled within a day, from five to nine.