Around 100,000 candles light up Pisa in honour of San Ranieri

Every year, Pisa is illuminated by candlelight in honour of Saint Rainerius, the Tuscan city’s patron saint. 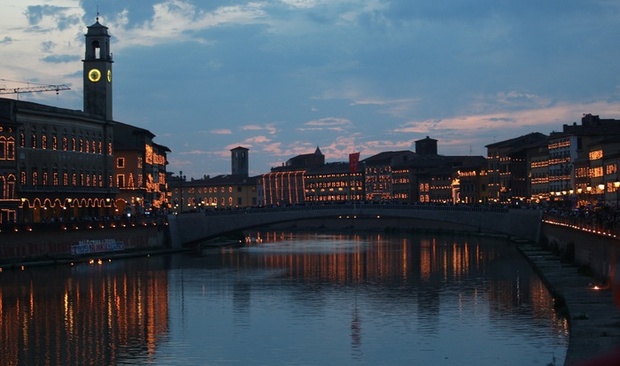 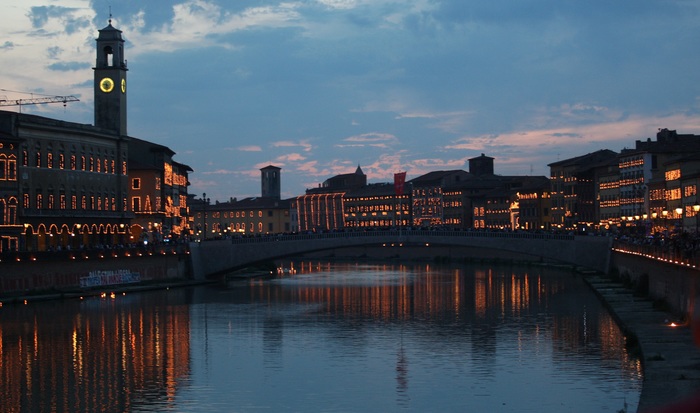 The heart-warming tradition of Luminara dates back to 1688.

At dusk on June 16, around 100,000 wax candles are carefully placed in transparent glasses and hung on white wooden frames, which are shaped to highlight the contours of the palaces, bridges, churches and towers along the riverbanks.

Candles are also attached to city walls surrounding Piazza dei Miracoli, and oil lamps are used to light up the Leaning Tower.

Floating candles are also placed in the Arno and swept away by the flow of the river.

The city truly glows and is as beautiful as can be.

Later in the evening, a fireworks display from the old citadel adds a burst of colour to the celebrations.

The evocative atmosphere attracts many locals and visitors every year.

But what inspires the age-old tradition?

Saint Rainerius, known in Italy as San Ranieri, is the patron saint of Pisa and a protector of travellers.

He was born in Pisa in 1118 from a wealthy merchant family.

Although his family tried to make him study with the help of a priest, who taught him the Christian principles, he spent his youth playing music with the lira and living a carefree life.

One day, he met a hermit, Alberto from Corsica, and was so impressed by him that he decided to change and lead a virtuous life, following his master, Jesus.

He later had a vision and decided to go to Jerusalem, where he lived as a pilgrim for 13 years, eating only twice a week and helping the poor.

When he returned to Pisa from the Holy Land, he became a preacher and continued to help people in need until his death in 1161.

On March 25, 1688, the urn containing the remains of Saint Rainerius was solemnly placed in the chapel of the Cathedral of Pisa.

The urn’s relocation was an opportunity to host a memorable festival, inspiring, according to tradition, the “illumination” that took place every three years; in the 1800s, the event was officially named Luminaria.

Rainerius was canonised by Pope Alexander III in the 1160s and became a cult figure for Pisa.

While Luminara is held on the eve of Saint Rainerius’ feast day, the celebrations continue on June 17, including a boat race down the Arno.

While the events were unable to take place this year due to the coronavirus pandemic, locals and tourists alike eagerly await next June, when the light and magic will return to Pisa.