For those living thousands of miles away from home, the holidays can evoke a sense of nostalgia for loved ones and the traditions that can’t necessarily be replicated in a different country. 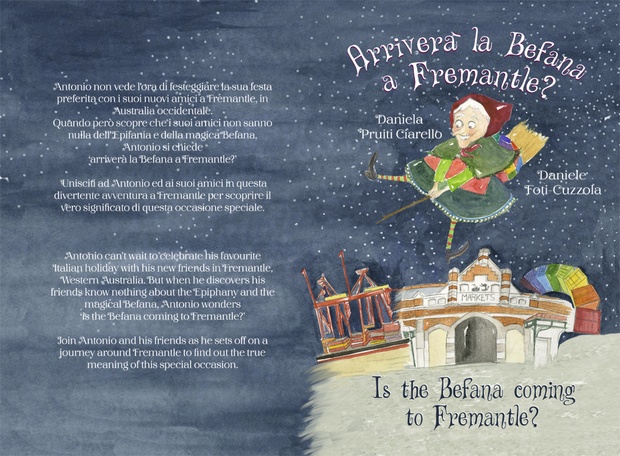 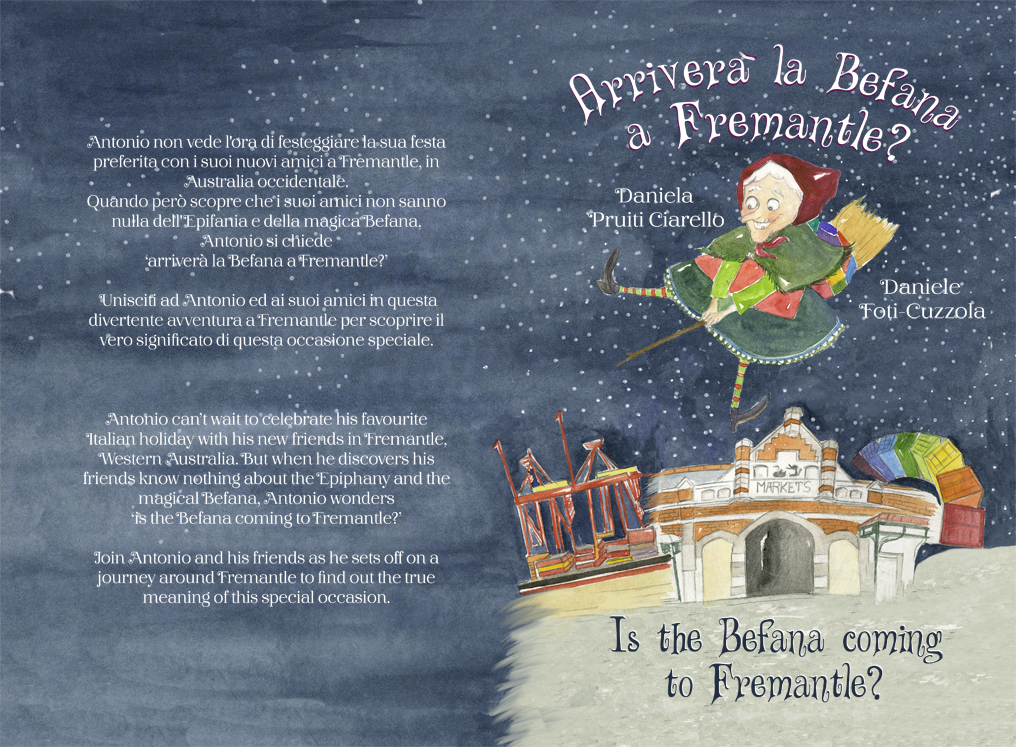 This is the case for Antonio, a boy who moved from Italy to Fremantle with his parents.

His favourite holiday is the feast of the Epiphany and the arrival of La Befana during the night between January 5 and 6, who brings gifts for good children and coal and onions for naughty ones.

Antonio associates the legendary old woman on a broomstick with afternoons spent playing in the snow and eating roasted chestnuts, but he soon realises that none of that’s possible in Perth, where the holiday falls in the middle of summer.

He’s not even sure she’s able to fly all the way to Perth, seeing as his new friends David and Bindi have never heard of her before.

Antonio’s search for familiar traditions, his initial disappointment and the subsequent need to reinvent himself in a new country are universal experiences that are explored in the charming bilingual book Arriverà la Befana a Fremantle? (Is the Befana coming to Fremantle?).

The brains behind the book, launched this year during the Week of the Italian Language in the World, are its author Daniele Foti-Cuzzola and illustrator Daniela Pruiti Ciarello, who share strong Sicilian roots and a passion for promoting the Italian language in Western Australia.

Like the book’s main character, Foti-Cuzzola’s favourite holiday is also the feast of the Epiphany, a tradition passed down to him from his parents, who were born in Sicily.

The young Italo-Australian has also had the opportunity to experience the holiday first-hand, while visiting Italy during the festive season.

The idea of writing a book on the tradition came to him while he was teaching Italian to children alongside his university studies and he couldn’t find specific resources for the holidays in an Italo-Australian context, but only stories set in winter and with characters that didn’t spark his students’ curiosity.

The book was written keeping in mind the needs of Italian students and teachers: in English, the story is perfect for readers aged six to 10, while the Italian version is suitable for those with a higher level of proficiency.

It refers to the Magi, or Three Wise Men, and the Star of Bethlehem, as well as the legend of La Befana and befanini, typical biscuits, complete with a recipe at the end of the book.

It also offers good food for thought and conversation prompts for the classroom, starting with some questions and ending with a positive message for everyone: while it’s impossible to entirely replicate customs and traditions due to distance, we can find new ways to celebrate special events and holidays by combining the best of both worlds – the one we come from and the one we find ourselves in.

“It’s a story for everyone, not just for Italo-Australian children,” Foti-Cuzzola said.

In fact, the book also allows those who aren’t familiar with Italy and its traditions to discover many new aspects of the Belpaese.

Readers will also learn about the southern island of Sicily, as Pruiti Ciarello makes several references to her homeland – which she left eight years ago – in her illustrations.

The book has been a great success so far, with all copies of the first printing sold since its launch in October.

“It was a labour of love and seeing the excellent feedback from institutions and the public confirmed that the topics it covers are relevant,” Foti-Cuzzola affirmed.

The City of Fremantle, which also supported the book by granting funds for its publication, is a Sister City with Capo d’Orlando, a Sicilian seaside town dear to Foti-Cuzzola’s family.

Foti-Cuzzola confirmed he has many projects in store for the future, including a possible theatrical adaptation of the book.

To order a copy and stay updated with the latest news, head to the book’s official Instagram page and website.

This story appeared in the Thursday November 26, 2020 edition of In classe.