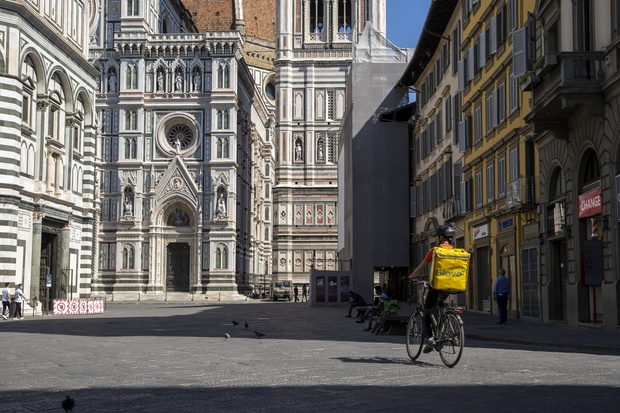 An empty street in Florence due to COVID-19 restrictions in Italy, on April 7, 2021. Tuscany will move from a high-risk “red zone” to a moderate-risk “orange zone” from Monday. (Photo: AAP) 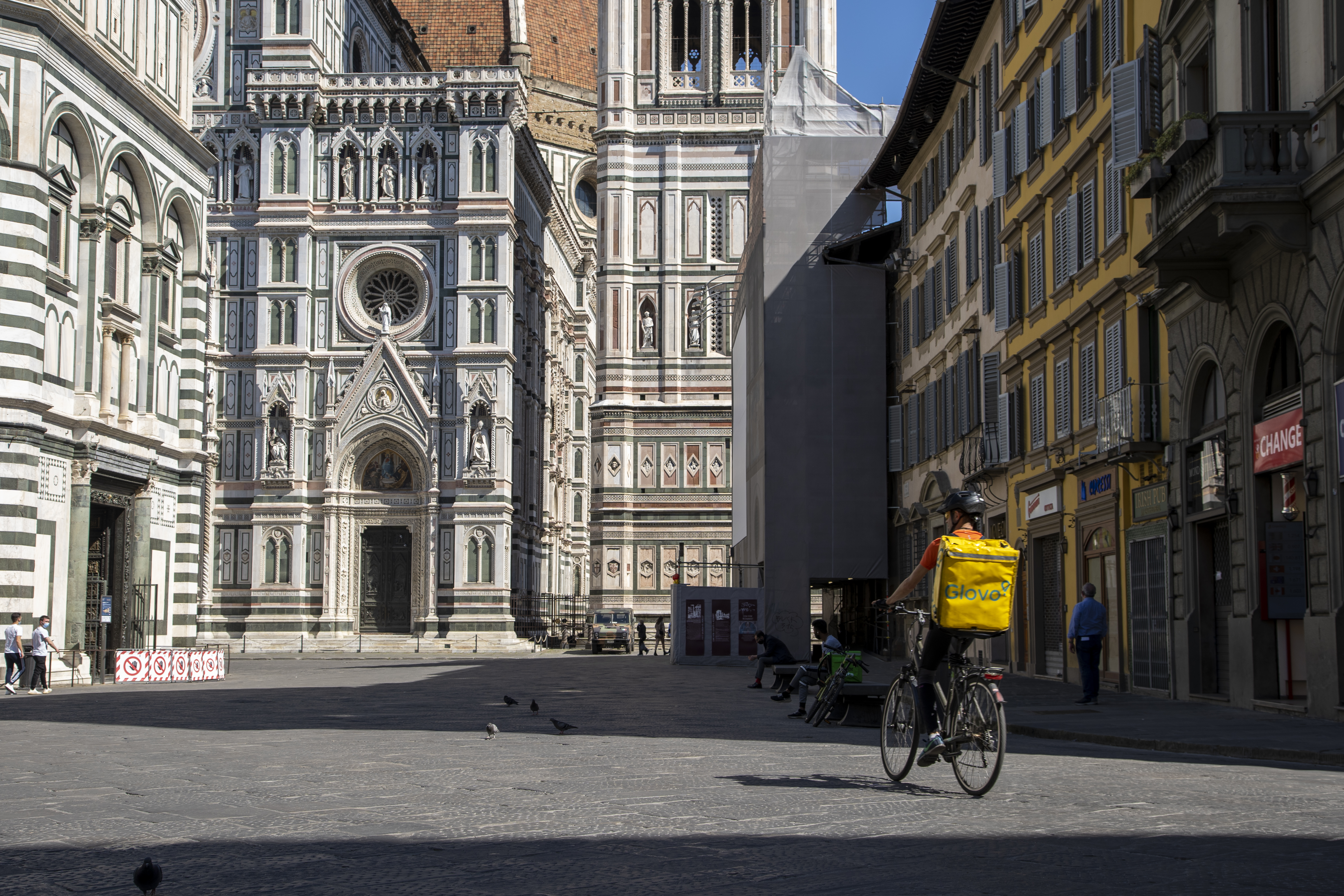 An empty street in Florence due to COVID-19 restrictions in Italy, on April 7, 2021. Tuscany will move from a high-risk “red zone” to a moderate-risk “orange zone” from Monday. (Photo: AAP)

Meanwhile, Sardinia will be bumped up from orange to red, due to a spike in cases on the island – which was until recently Italy’s only low-restriction “white zone”.

The new classifications mean that the majority of Italy’s regions are now orange zones, where more retail businesses can open and people will be given more freedom to move around within their municipalities.

Bars and restaurants, however, will remain open only for takeaway, while travel to other regions will still be mostly banned.

“Stricter measures have resulted in an initial flattening of the [contagion] curve, but the situation is still highly complicated, with a significant contagion rate and full intensive care units,” Speranza told a press conference on Friday afternoon.

Italy’s coronavirus Rt reproduction number has fallen to 0.92, down from 0.98 last week, according to the weekly coronavirus monitoring report released by Italy’s health ministry and Higher Health Institute (ISS).

The incidence rate of new cases has fallen to 185 cases for every 100,000 inhabitants, down from 232 last week, the report said.

Despite bar and restaurant owners becoming increasingly furious about forced shutdowns, with some protesters clashing with police in Rome last week, the reopening of these businesses is not expected before the end of April.

Italy is one of the countries to be hit hardest by the pandemic, reporting more than 113,500 deaths related to COVID-19 and over 3.7 million cases of the virus to date.