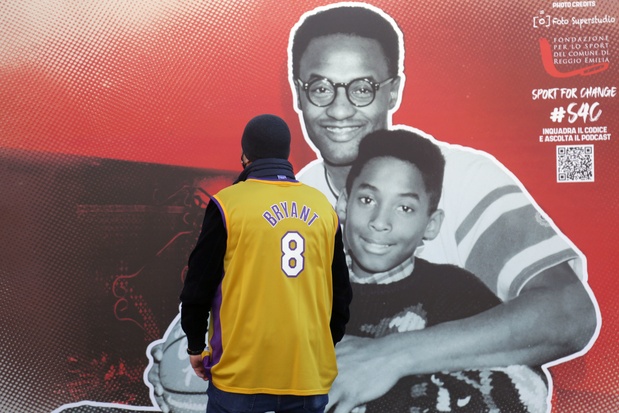 A fan observes a photo of a young Kobe Bryant with his father on the day of the plaza’s inauguration, in Reggio Emilia, on January 26, 2021. (Photo: AAP) 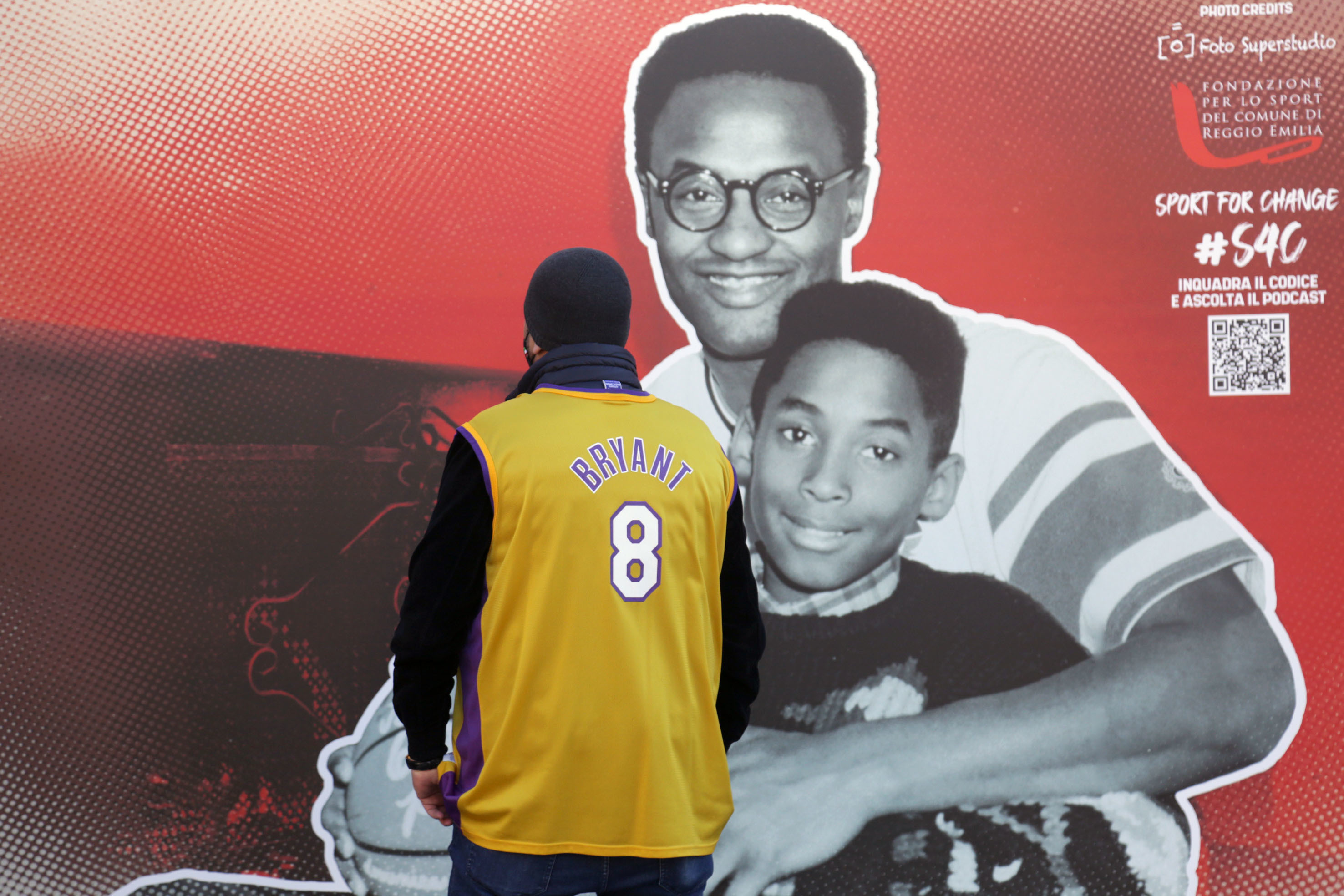 A fan observes a photo of a young Kobe Bryant with his father on the day of the plaza’s inauguration, in Reggio Emilia, on January 26, 2021. (Photo: AAP)

“The city of Reggio Emilia and its citizens loved, first Joe [Bryant], and then Kobe Bryant, the child who, once he returned to America, always remembered Reggio with love,” Emanuele Maccaferri, the vice president of the Sport Foundation of Reggio Emilia, told ESPN’s Dave McMenamin.

“On this sad day we want to remember that happy child who left wonderful memories in so many people of Reggio Emilia.”

Kobe and Gianna Bryant were among nine people who died in a helicopter crash January 26, 2019.

The “Largo Kobe and Gianna Bryant” was inaugurated in honour of the one-year anniversary of their death.

The plaza is located in the centre of city – which is an hour’s drive west of Bologna – and features a plaque and a new Ginkgo biloba tree in honour of the Bryants.

“A city is, above all, a community made up of people, values, stories and, above all, memories,” Reggio Emilia’s mayor, Luca Vecchi, said at Tuesday’s inauguration ceremony.

“Kobe grew up with us, played with us, lived with us and will always remain one of us.”

Reggio Emilia also held a night celebration, which saw parts of the city lit up in the Lakers’ colours: purple and gold.

Kobe lived in Italy from ages six to 13 while his father, Joe Bryant, played for Cantine Riunite, the city’s professional basketball team.

He was fluent in Italian and spoke with reverence of his time in the country.