Rome’s famous Colosseum is once again going to have a floor thanks to a new, hi-tech project unveiled by Italy’s culture ministry on Sunday. 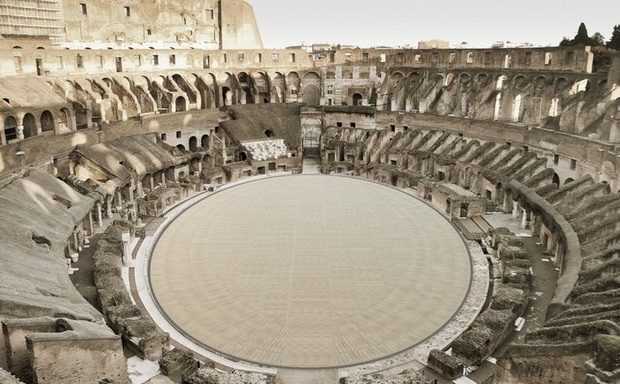 An artist’s impression of a retractable arena floor. (Photo: ANSA) 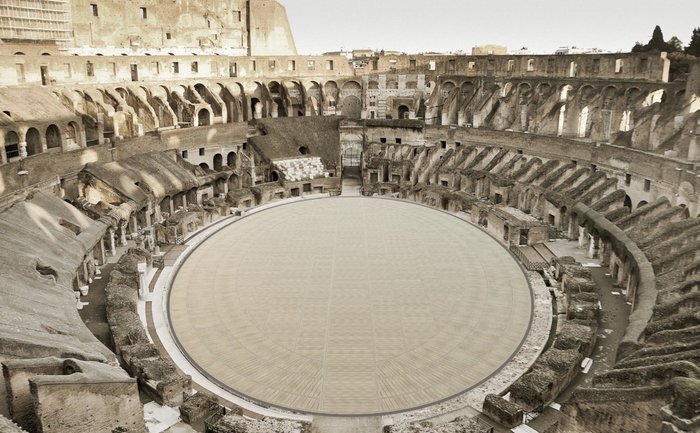 An artist’s impression of a retractable arena floor. (Photo: ANSA)

“It is an extraordinary project,” Culture Minister Dario Franceschini said, detailing the plans to create a rotating floor to allow tourists to see the ancient amphitheatre as the gladiators did, with plans to build a high-tech retractable floor over the ruined central area.

“You will be able to walk on it and go to the centre of the Colosseum, seeing it in the same way as visitors used to up to the end of the 19th century.”

The Roman amphitheatre, completed under Emperor Titus in AD 80, once had a wooden floor covered with sand that was built on top of a network of tunnels and rooms where gladiators and animals waited before entering the arena.

But the floor was removed in the late 1800s when archaeologists began to excavate the subterranean levels of the structure.

The underground area was opened to the public in 2010 and visitors can also see the tunnels when they look down from what were the tiered rows of seats.

An Italian engineering firm, Milan Ingegneria, won the €18.5 million contract to design the new flooring and has committed to complete the project by 2023.

The plan consists of an entirely removable structure made of accoya, a modified, durable wood.

The new, hi-tech stage will be able to quickly cover or uncover the underground networks below, allowing them to be protected from the rain or to be aired out.

The rainwater that currently pools there will be collected and used to supply the toilets of Rome’s most visited monument.

The Colosseum is Italy’s most popular tourist attraction, drawing some 25,000 visitors a day, before the coronavirus pandemic struck.

Built 2000 years ago, the ancient arena was the biggest amphitheatre in the Roman empire.

It used to have up to 70,000 seats and hosted gladiator fights, executions and animal hunts.

It could also be filled with water to re-enact sea battles.