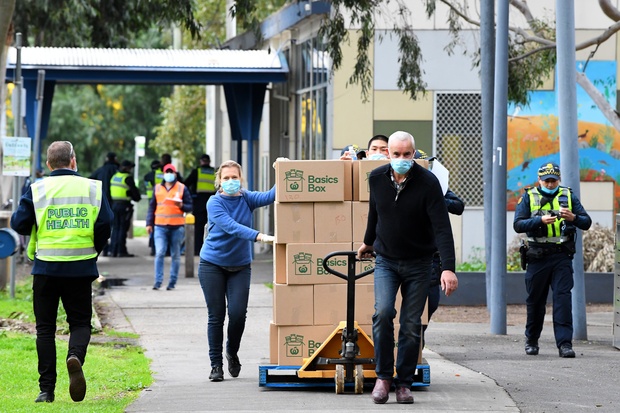 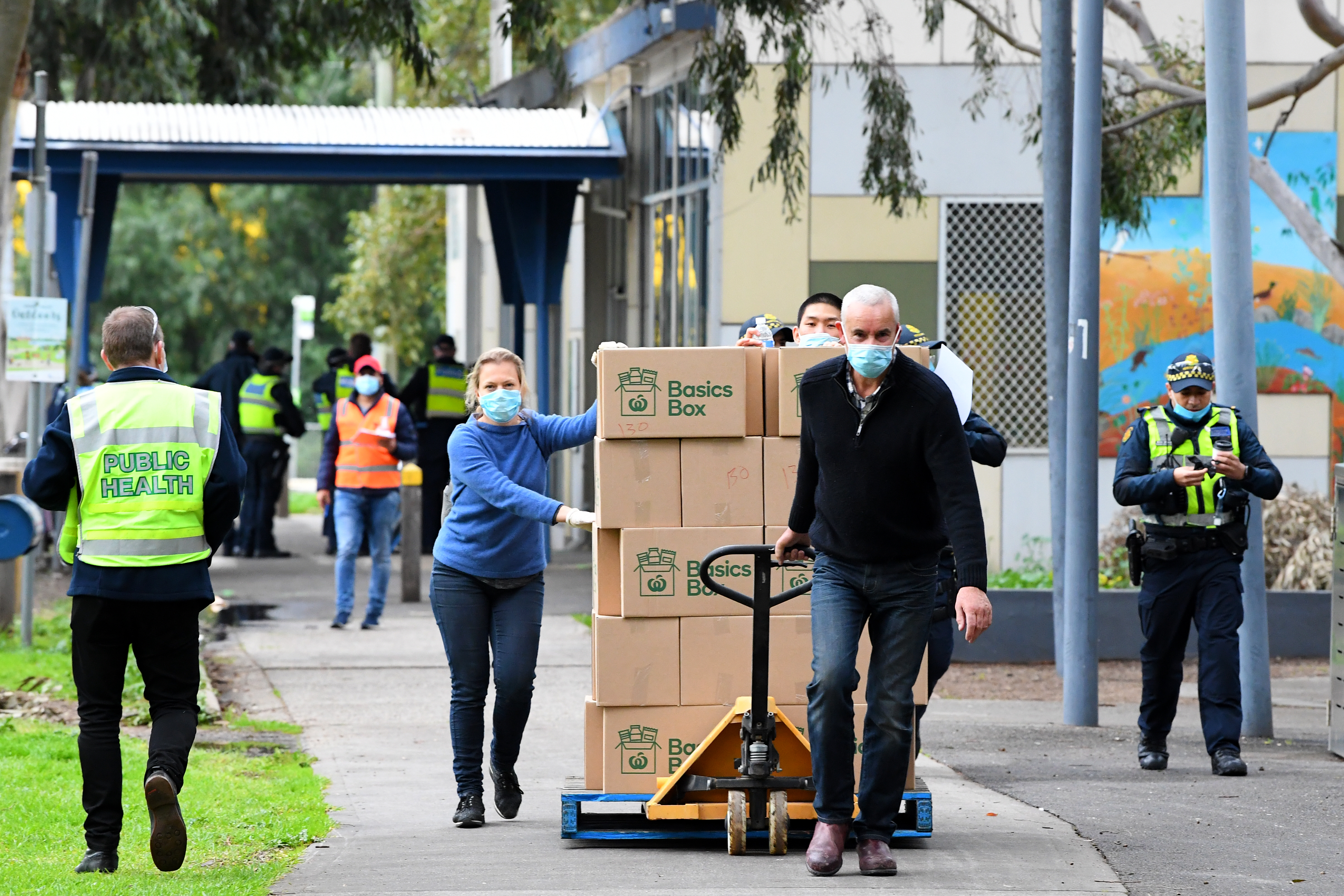 While metropolitan Melbourne and Mitchell Shire went back under Stage 3 restrictions on Wednesday, the police-enforced lockdown of 3000 residents in nine public housing towers in the suburbs of Flemington and North Melbourne continued.

With a high percentage of migrants, Indigenous Australians, and people suffering from serious mental illness or victims of domestic violence, the residents who have been locked down since Saturday represent the most vulnerable population in the state.

The huge operation to conduct coronavirus tests on all tenants was completed on Wednesday and residents eagerly awaited the results, in the hope that their “hard lockdown” would be lifted.

Premier Daniel Andrews on Thursday announced that all but one of the nine towers would join Melbourne under Stage 3 restrictions from Friday.

The tower at 33 Alfred Street in North Melbourne must remain under hard lockdown to finish 14 days of quarantine after 53 people in the complex tested positive for the virus.

Throughout the saga, the Victorian government has been delivering thousands of food packages to residents’ doors, while the Asylum Seeker Resource Centre (ASRC) and its team of volunteers have stepped up their daily work to provide fresh, nutritious and hot meals that can best cater to the cultural differences of residents, such as vegetarian or halal dishes.

ASRC CEO Kon Karapanagiotidis said many people are volunteering their time to the cause and that “it’s important that Australians continue to roll up their sleeves to provide healthy and nutritious food”.

“We hope our meals will support families with culturally appropriate basic needs to feel respected, cared for and supported by the Melbourne community,” he added.

“As part of the community food organisation network partnership with the Victorian government, we are providing 1000 ready to eat meals to people in public housing under lockdown per day.

“We employ people from refugee backgrounds and have the expertise and capacity to deliver nutritious, culturally inclusive fresh, ready to eat meals from diverse cuisines.

“We have qualified chefs donating their time and have added a second shift to help meet the need.”

The organisation is distributing not only food, but also basic necessities.

The strong police presence around the buildings, access to information and food supplies are the most obvious concerns for many residents who remain under lockdown.

While some residents have gratefully welcomed the security measures imposed by the government, others are plagued by extreme confusion, frustration and a lack of communication.

“Our goal is to make sure they have at least adequate food during this extremely critical time.”

Like the ASRC, many other associations are committed to the same cause: providing basic necessities to the most vulnerable citizens.

Among these is Moving Feast, a collaborative project of Victorian food social enterprises. 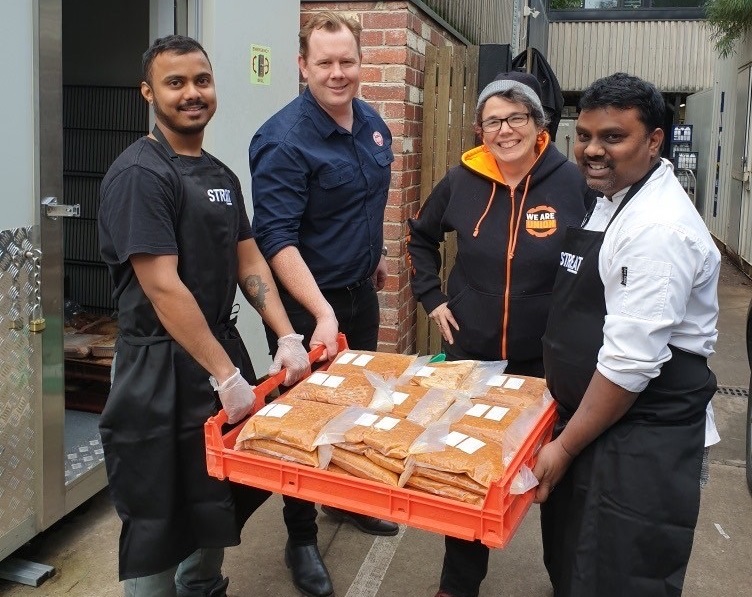 “Months ago, following the news from the rest of the world, we immediately understood that Australia would also be affected by the pandemic and that the food system was going to have a very hard time,” Moving Feast coordinator, Rebecca Scott, said.

“We immediately started preparing, thanks to the generosity of those who donated money and produce to make all this possible.”

Members of the collective work in all areas of the food system, from growing to storage, cooking, distribution and education.

The group has joined forces to create a pandemic food response that creates justice, sustainability and resilience.

Moving Feast offers employment to thousands of asylum seekers who, not being Australian citizens, aren’t entitled to government aid such as the JobKeeper and JobSeeker payments and who also belong to the vulnerable community they’re now helping.

Since imposing the police-enforced lockdown on the buildings, Moving Feast has delivered thousands of food packages and hot meals daily.

“Within hours, we delivered 1700 halal meals and five tonnes of produce,” Scott said.

Once meals are delivered to the sites, however, the organisation isn’t responsible for distribution to individual tenants.

“We’re not allowed to enter the towers and unfortunately we have no control over the delivery of meals,” Scott said.

“Once everything is delivered, we must leave the site immediately.”

Since the beginning of the pandemic, the organisation has delivered around 70,000 ready-made meals and 21,000 food packages.

Translated and updated by Laura Egan.

This story appeared in the Thursday July 9, 2020 edition of Il Globo.