EasyJet has apologised after describing an Italian holiday destination as the land of mafia and earthquakes. 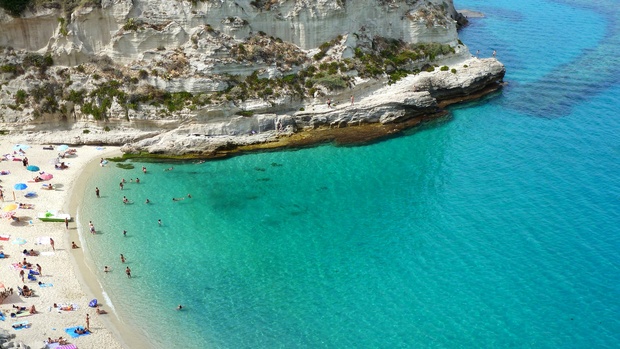 Calabria is known for its spectacular rocky coastline and pristine beaches. (Photo: Pixabay)

Calabria is known for its spectacular rocky coastline and pristine beaches. (Photo: Pixabay)

But the British airline’s bid to pitch the southern region of Calabria sparked widespread outrage.

“For an authentic taste of Italian life, there’s nothing better than Calabria,” the Italian-language advert on Easyjet’s website said.

“The region suffers from a distinct lack of tourists because of its history of mafia activity and earthquakes.”

Easyjet said the region in Italy’s southern tip, famous for its coastline, rich history and culture, suffered from “the lack of iconic cities such as Rome and Venice capable of attracting the Instagram crowd”.

Italy’s minister for the south Peppe Provenzano on Tuesday demanded Easyjet “apologise to Calabria and Italy”, with Calabrian senator Ernesto Magorno exclaiming: “Shame on you Easyjet! Calabria is a wonderful land with exceptional people.”

The region’s head, Jole Santelli, slammed the “pseudo-marketing operation” as “aggressive, short-sighted and with a clear racist undercurrent”.

Members of the public took to social media to vent their anger.

One person wrote: “Time to update that page that describes Calabria in the worst way, leaving out the real Calabrian beauties that attract many tourists from all over the world every year. Think about it next time before posting such nonsense.”

Another person added: “Surely your description of Calabria aims to ‘divert’ tourism to other destinations or is it the result of ignorance and prejudice? It is well known that the cradle of Magna Grecia is full of historical places and splendid beaches!”

EasyJet apologised, saying it had only wanted to point out that Calabria was undervalued by foreign tourists, and would remove the offending advert as well as launching an internal investigation.

“Calabria is a very important land for us, which we love and have always promoted with numerous flights to Lamezia Terme,” it insisted.

While Calabria may not be as well known overseas as other parts of southern Italy, the region attracts a decent number of Italian tourists each summer with its spectacular rocky coastline and pristine beaches.

It’s also one of the best places in Italy to find traces of the Ancient Greeks who settled in southern Italy before the Roman Empire.