When the Gruppo dell’Amicizia in Memoria di Enrica Inglese was established two years ago, it had clear objectives with its annual literary competition, the Italian Education Awards: to pique young students’ interest in the Italian language and culture, to reward them with small prizes for their commitment to Italian studies and to reach schools across Australia.

The winners of the three categories at the 2020 Italian Education Awards (left to right): Alexander Stainwall, Isabella Sainovski and Sebastian Judge

The winners of the three categories at the 2020 Italian Education Awards (left to right): Alexander Stainwall, Isabella Sainovski and Sebastian Judge

These goals were certainly achieved this year, with the competition exceeding the greatest expectations not only in terms of the number of essays received, but also the astounding quality, which made the jury’s task particularly difficult.

The competition is divided into three categories, based on students’ year level.

First, second and third prizes are awarded in each category, as well as an encouragement award.

This edition, Years 5 and 6 students had to write about their heritage and the traditions and customs tied to it.

Alexander’s essay spoke of his long-time dream of going to Spain, which was shattered by the coronavirus pandemic.

However, the pandemic didn’t stop him from discovering the country using a world globe.

In her essay, Eliza told the story of her father, one of 10 brothers, through a pot: “This pot has many dents because it was used as a suitcase, to bathe all 10 children, to cook and to store important things.”

It’s striking to see how the young student turned a common household item into a symbol of the emigration of an entire family from Burma.

Third prize went to Mia Host from Liwara Catholic Primary School, in Greenwood (WA), who wrote about her great-grandparents and their hometown, Isernia, in the Italian region of Molise.

Mia explained in great detail the traditions they’ve maintained, even after many years of living in Australia, between Perth and Bunbury.

The encouragement award went to Charlize Bacarac from St Carlo Borromeo Primary School for writing a poignant piece on the Philippines, where her family comes from.

Charlize wrote: “Children are taught a special greeting called mano; you take the hand of an elderly person and put it on your forehead as a way of accepting their blessing.”

Years 7, 8 and 9 students had to write about prominent Italian figures, with Leonardo Da Vinci proving to be the most popular, followed by Dante Alighieri and Giuseppe Verdi.

First prize went to Isabella Sainovski from Stretton State College (QLD), who was praised for her extensive research on da Vinci and her creativity, as she imagined she was the artist and wrote about his masterpieces and inventions in first person.

Third prize went to Simona Crivelli from Genazzano FCJ College, in Kew (VIC), who wrote a well-structured essay on Dante Alighieri and the reasons why he’s considered to be the father of the Italian language.

Writing about Dante, Luca touched on the significance of his most important work, the Divine Comedy, which is seen as “a documentation of Italy in the Middle Ages, with extensive and dramatic representations of reality”.

Last but not least, Years 10, 11 and 12 students dealt with the theme of racism and all submissions were lauded for their excellence.

First prize went to Sebastian Judge from Sydney Grammar School (NSW), who drew on personal experiences in his analysis of Australian society.

Sebastian warned that, despite being a multicultural country, Australia hides signs of xenophobia and intolerance.

The essay was praised for proposing strategies for a future free from racial conflict.

Arnav Kalra, also from Sydney Grammar School, won second prize for his essay, which firmly condemned racism and described it as a “poison that destroys humanity”.

The essay came to a bitter conclusion: if we’re strong and resilient, perhaps the situation will improve, but “the poison will always prevail”.

Third prize went to Jemma Paton from Cairns State School (QLD) for her intense essay, which drew on personal experiences to denounce racial prejudices against Indigenous Australians and to express her opinion on the Black Lives Matter movement, concluding that a world without racism may exist one day, “but I don’t think it will happen in my lifetime”.

Antonia Palermo from Mercedes College, in Perth (WA) won the encouragement award for her extraordinarily sensitive essay on all the ways in which racism manifests itself, exploring how small episodes can often lead to catastrophic conflicts.

This edition of the Italian Education Awards reflected a generation of students who are committed, who believe in justice and who are keeping alive the values and traditions of their ancestors.

The voices of our youth deserve to be heard and respected.

We wouldn’t be surprised if, one day, some of these students enter the Australian literature landscape or effect great change in society.

The Gruppo dell’Amicizia in Memoria di Enrica Inglese takes this opportunity to congratulate all the teachers of the students who entered the competition.

The excellent results were obtained thanks to, above all, the passion, dedication and professionalism of these educators.

The awards celebrate them as well.

This story appeared in the Thursday November 26, 2020 edition of In classe. 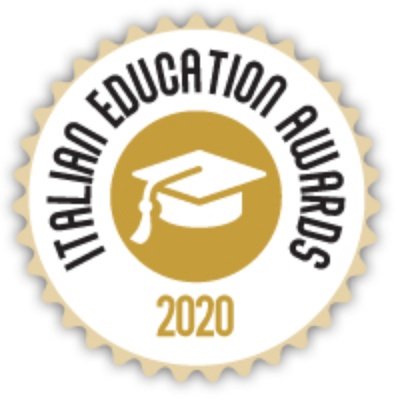 Concetta Cirigliano Perna is a member of the committee for the Gruppo dell’Amicizia in memoria di Enrica Inglese and coordinator of the jury for the Italian Education Awards.