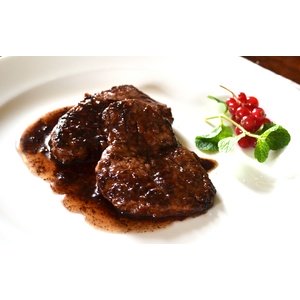 A rich dish for meat and wine lovers.

1. Put the carrot, celery, onion, Barolo wine, bay leaves, a few peppercorns and the meat in a bowl. Leave to marinate for 2-3 hours, turning the meat occasionally.
2. Drain the meat and tie with kitchen twine so it holds its shape. Reserve the marinade.
3. Brown the meat in a pan with the oil and butter. Season with salt.
4. Strain the marinade and pour into a saucepan. Bring to the boil, then simmer until the alcohol content has evaporated.
5. Add the marinade to the meat and simmer over a low flame with the lid slightly ajar for about 2 hours.
6. Remove the meat from the pan and keep warm. Mix cornflour with some of the braising liquid, then pour back into the pan to bind with the rest of the sauce. Stir until sauce has thickened slightly. Return the meat to the pan and cook for a further 5 minutes.
7. Before serving, remove the string from around the meat. Slice the brasato and top with the warm sauce.