In conversation with... Curtis Sciacca, co-founder of Brisbane charity Dig In

One of the greatest joys in life is savouring a delicious meal made with love. 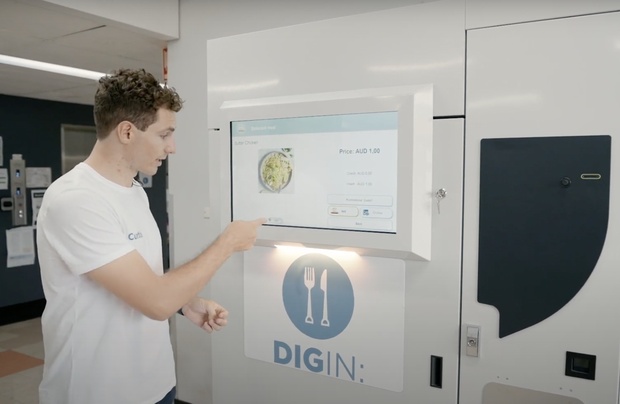 Dig In co-founder and president, Curtis Sciacca, with one of the charity’s hot food vending machines. (Photo supplied) 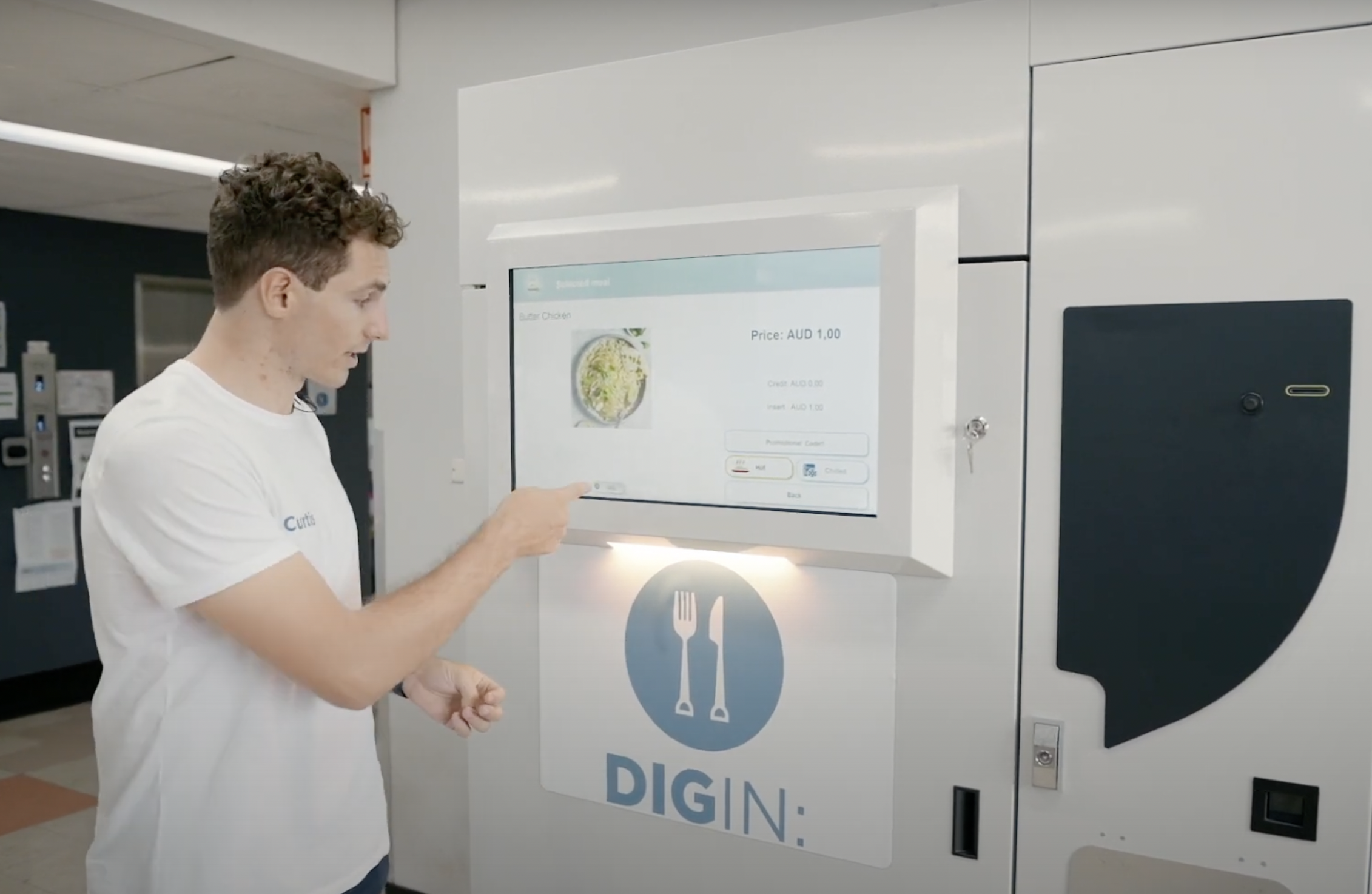 Dig In co-founder and president, Curtis Sciacca, with one of the charity’s hot food vending machines. (Photo supplied)

While many people may take this simple pleasure for granted, others aren’t as fortunate to have regular access to wholesome, homemade meals.

Non-for-profit charity Dig In works tirelessly to provide such meals for the homeless and disadvantaged in Brisbane.

The charity was founded in 2017 by a group of high school mates, including its current director, 23-year-old Curtis Sciacca.

With Sicilian blood on his father’s side, Sciacca inherited many Italian values from his nonno and nonna, who migrated to Australia in the 1960s from Taormina and Ragusa respectfully.

“The values that were instilled in me are: family, friendship, respect and a sense of community,” Sciacca says.

“My nonna has extended family and neighbours over all the time – at any time of the day she’ll have someone visiting.

“A meal is the perfect ice-breaker to get a conversation going.

“That’s what we try to do with our traditional meal service; we provide a nice nutritious meal and through that meal we can spark a connection and have a chat.

“Over time you create some great relationships with people.”

Sciacca and the other three founders of Dig In are no strangers to the charity sector and had volunteered all through high school and university prior to establishing their own not-for-profit.

“We found that most charities were serving sausage sizzles or bacon and egg rolls,” Sciacca explains.

“Obviously some food’s better than no food, but we thought we could try and provide more sustenance and nutrition.”

In the beginning, the group spent months becoming a registered charity, finding a commercial kitchen and seeking volunteers and donations.

They managed to secure the kitchen facilities at St James College, in Spring Hill, and started out with the help of around 10 volunteers, who were primarily family and friends.

Still relatively unknown, the group paid for all of the products and ingredients out of their own pockets and relied heavily on donations from their loved ones.

“We went to different stores to buy the products and we got basil from the garden.

“She helped us write up a few recipes and taught a lot of us how to cook.”

As word of the new charity spread, others began jumping on board and its capacity to feed those in need grew.

Three years on, Dig In has over 150 volunteers, serves up to 200 patrons every Saturday afternoon at two locations – Kemp Place Park and the West End community park – and has prepared more than 71,000 hot, nutritious meals. 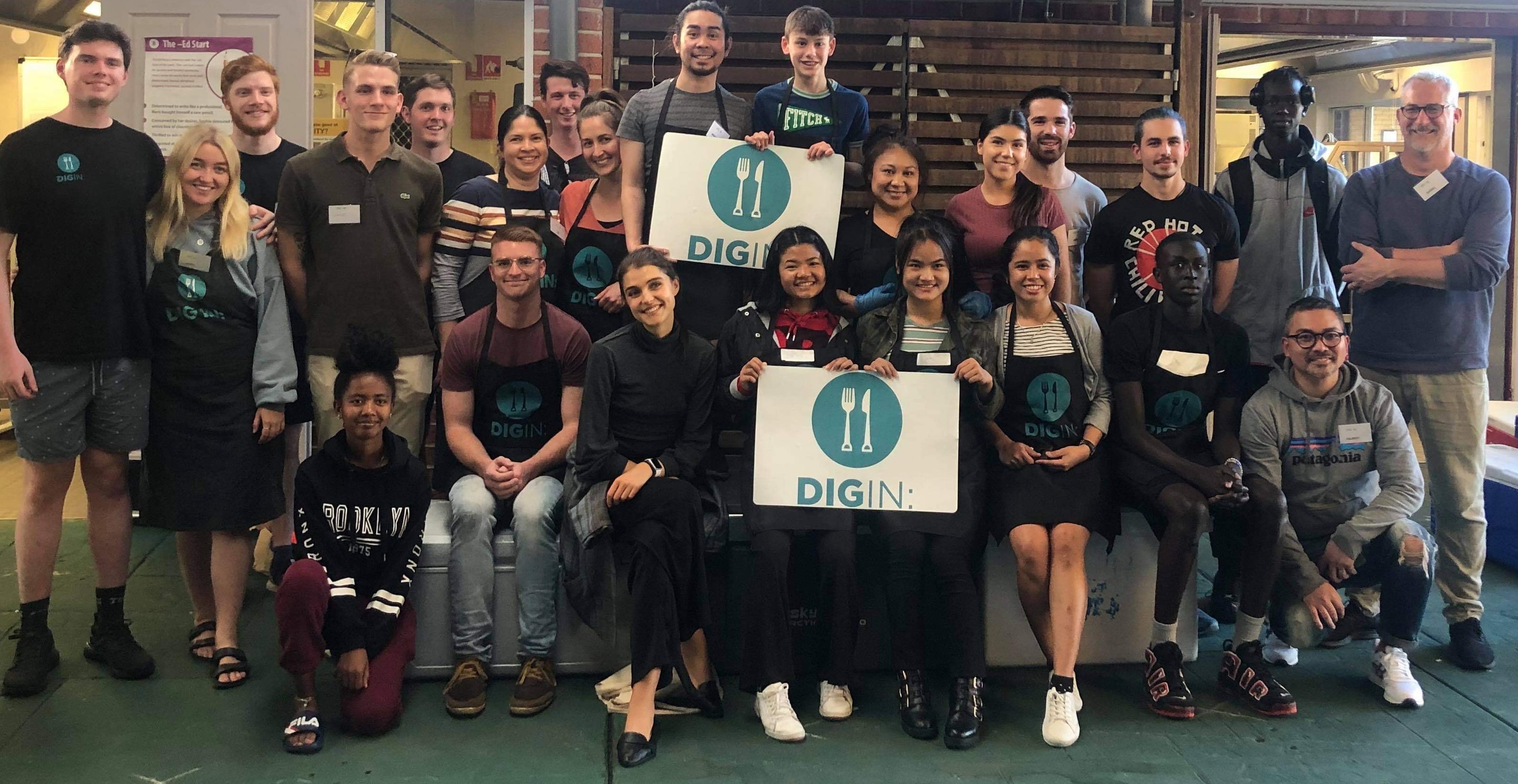 Volunteers and members of the Dig In team. (Photo supplied)

Collaboration with other charities and organisations has been integral to Dig In’s success.

After its first year of operation, Dig In partnered with FareShare, an organisation that rescues food that would otherwise go to waste and cooks it into free meals for people in need.

“They provide us with a range of nutritious products, from roast chickens to vegetables,” Sciacca says.

Other entities and individuals also donate hygiene packs, clothing and non-perishable food such as snack-packs for Dig In to hand out to its patrons.

“During the Easter holidays, the Noosa Chocolate Factory donated their extra Easter stock for us to hand out,” Sciacca says.

“There are a lot of great people out there and we love working with others to provide more value to those in need.”

Prior to the COVID-19 pandemic, Kemp Place Park would transform into a community hub on Saturday afternoons, with the presence of Dig In and other charities, such as mobile laundry and shower service, Orange Sky Australia, and the Kombi Clinic, which brings medical help to those who need it most.

But the pandemic was a sudden and major blow to the charity sector.

While many organisations closed their doors during the toughest months of the pandemic, Dig In chose to continue serving meals.

“As a charity you have one job: to help those in need,” Sciacca says.

“And that was when people needed us the most.”

To adapt to the unprecedented circumstances, Dig In transitioned to a “meals-on-wheels” model in addition to its traditional service.

“We handed out flyers to people and they could text or email us where they would be on a Saturday afternoon between 4:00 pm and 6:00 pm and we’d drop them a meal,” Sciacca says.

“We had around six vehicles and we were delivering up to 800 meals in one afternoon.

“We delivered the most meals during those months because there was hardly any choice for people.”

While Dig In has returned to its normal operations, the charity is working on a new project that will feed even more people in need across the city: hot food vending machines.

“Our traditional meal services are suitable for around 80 per cent of people,” Sciacca explains.

“But much like in the schoolyard, not everyone gets along in certain communities.

“If there’s a victim of domestic violence or someone suffering from mental illness, meal service isn’t the most comfortable environment.

“That means people then go without food.”

In order to address this problem, the charity is working to create a network of hot food vending machines, which are manufactured in Italy, and install them in Brisbane’s homeless shelters, domestic violence refuges and emergency crisis accommodation facilities.

Those staying at the venues would be provided a pin that they can enter into the machines for a free, nutritious meal every day.

One of the machines was trialled at a shelter in Spring Hill last month, receiving positive feedback and generating widespread interest among organisations.

In addition to the vending machines project, Dig In is looking to expand its services to the outer suburbs, with its sights set on the southern suburb of Logan in the next six months.

What’s perhaps most impressive is the fact that Sciacca and Dig In’s other co-founders all work full-time jobs alongside their commitment to the charity.

“It’s something that we dedicate a lot of time to and we’re all very fortunate with our jobs that we always find time after hours or on the weekend,” he says.

“It means every single donation we get goes to those in need.”

In building a charity from the ground up, Sciacca has undeniably carried on the values that his grandparents brought with them from Sicily many decades ago.

His admirable work not only warms the heart, but fills the stomach and feeds the soul.