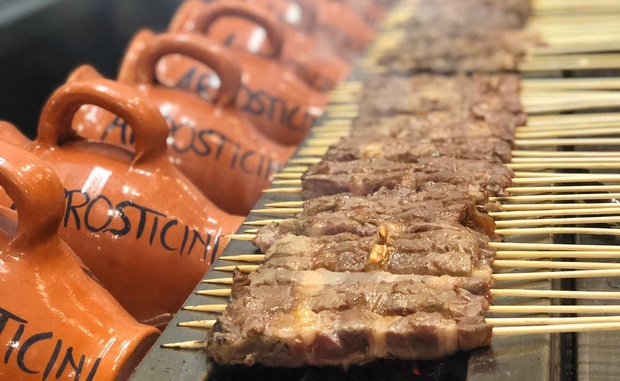 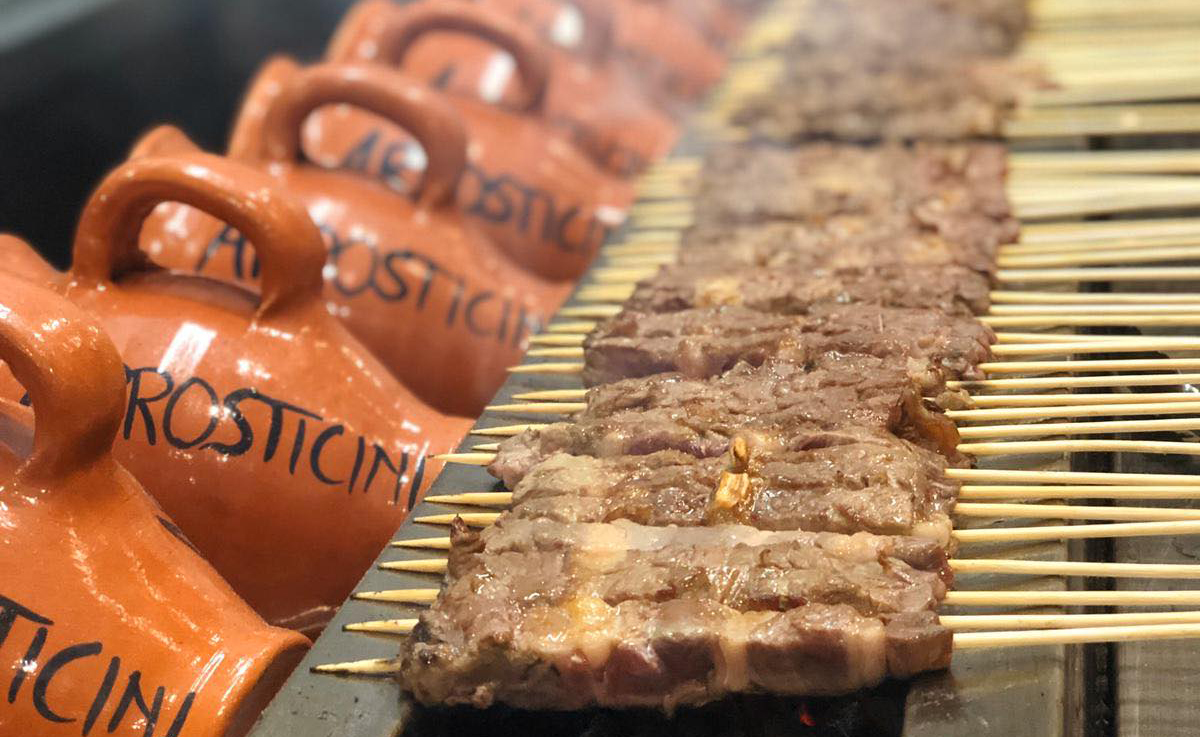 The skewers are traditionally prepared with castrated sheep’s meat, mutton or lamb, which is cut into cubes and alternated with pieces of fat, to create a mouthwatering flavour.

The skewers were brought to Melbourne by chef and entrepreneur, Michelle Di Pietro, who opened Abruzzo Lab, in Epping, three years ago.

Born in Melbourne to Abruzzese parents, from Filetto and Campo di Giove, Di Pietro attended Loyola College, in Broadmeadows, and the William Angliss Institute, before working in some of Melbourne’s best restaurants and cafes.

For the first 20 years of her life, Di Pietro’s knowledge of Italy and Abruzzo was mainly based on memories of her grandparents.

Then a family trip in 2008 changed everything.

“Despite the language barrier, given that I spoke little Italian and my relatives spoke little English, I immediately felt at ease, as though I’d arrived home,” Di Pietro said in an interview with Rete Italia.

Even though she had a good job and promising career ahead of her in Melbourne, as well as a vast network of friends, Di Pietro returned to Australia with a strong desire to live in Italy.

For two years she continued working in the kitchens of Melbourne restaurants; then, in 2010, having saved up enough money, she packed her bags and left for Italy, this time to live.

Finding a job was not easy, due to her having never worked or studied in Italy.

But she eventually found work organising parties and cooking classes, and then finally found someone who believed in her.

After a trial week, a prestigious restaurant in Chieti offered her a permanent job and Di Pietro flourished in the kitchen, experimenting with Abruzzese cuisine and putting her own twist on it.

“I learned a lot in those years, which were fundamental to me becoming who I am today,” she said.

“They allowed me to integrate into the Italian social fabric; that kitchen was my home and my colleagues were my family.”

After six years of living the “Italian dream”, Di Pietro returned to Australia following the arrival of her first nephew.

And she brought back a slice of Abruzzo with her.

As is the case with many Italian specialties, the origins of arrosticini are unclear.

The provinces of Pescara and Teramo both claim ownership of the tasty skewers.

It is believed that shepherds in the valleys and mountains of the Gran Sasso invented arrosticini.

Legend has it that, in the 1930s, two shepherds from Voltigno cut mutton into small pieces, skewering the pieces on carved wood, and grilling them over a fire set in a piece of guttering removed from a rooftop.

That gutter was nothing more than a prototype of what later became the fornacella, which is also called furnaceli, canala, rustillire, or lu fucon, depending on the area.

The terms all refer to the special long, narrow barbecue used to grill arrosticini.

Today there are also small electric versions available, however, the final product is not comparable to that obtained by cooking on the traditional grill.

The kebabs should be turned from time to time, until they are cooked but still tender and salty.

They are placed at the centre of the table, served with a glass of Montepulciano and homemade bread drizzled with olive oil.

Abruzzo Lab serves many varieties of arrosticini, including chicken, pork and swordfish.

Diners can wash the sumptuous dinner down with one of the various traditional Abruzzese bitters and digestifs on offer.

The flavours and aromas of the restaurant will transport you to Abruzzo in a heartbeat.